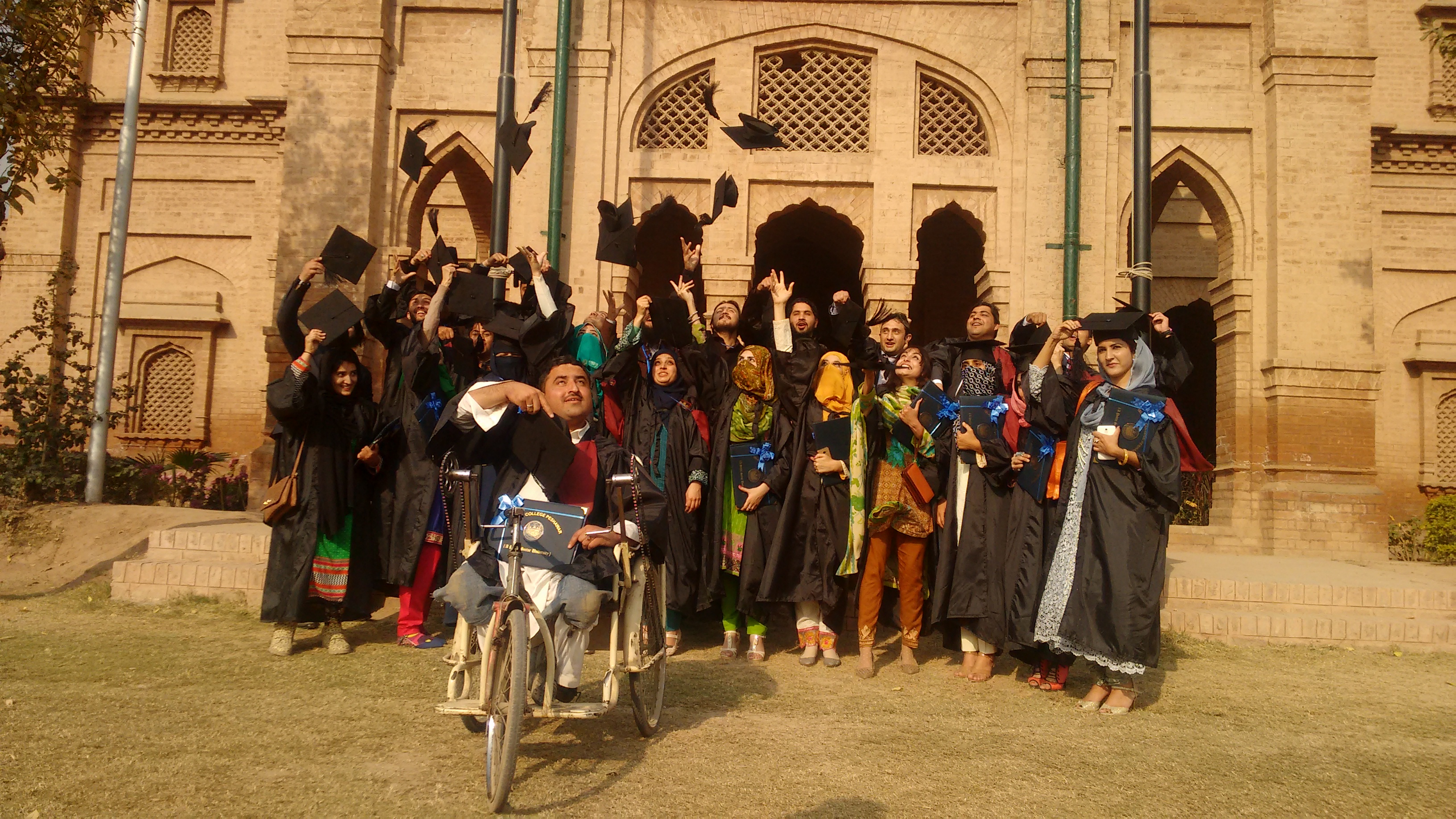 PESHAWAR, 19 December: As many as 183 students were awarded degrees and 28 were given gold medals during the fourth annual convocation of the Islamia College University here on Monday.

The convocation was held in the historic Rose Keppel Hall of the institution where advisor to KP Chief Minister on Higher Education Mushtaq Ghani was the chief guest.

Mushtaq Ghani awarded degrees to 98 students of social sciences departments, 50 students of Health Sciences and 45 degrees were awarded to students of Statistics department. Besides, three Ph.D and as many M.Phil scholars were also awarded to the students.

The students expressed their excitement on completing their studies and achieving their dreams.

A physically challenged student from Landi Kotal Jalal ud Din told TNN that he would pursue further education to serve people with disabilities.

“It was my parents’ utmost desire that I obtain BS degree. Now I am planning to pursue M.Phil in Computer Science and join the Social Welfare Department to serve special people who have been living with different disabilities in their lives,” he Jalal ud Din vowed.