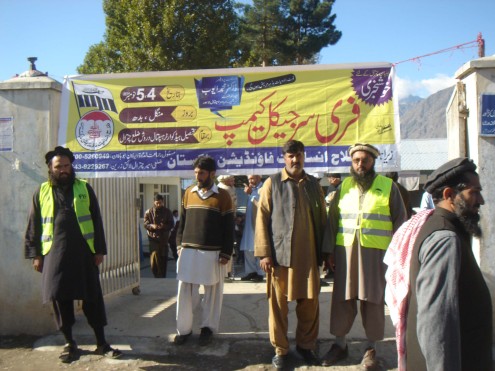 CHITRAL, November 7: A social welfare organisation, Falah Insaniyat Foundation, held a free medical camp in Rosh area of Chitral district, where around 350 patients were examined and given free medication; however, 30 other patients were given facility of surgery.

Abu Haroon, head of the Foundation, told TNN that free medical camps were held in underdeveloped areas of Chitral every year.

He added that the organisation would establish a welfare dispensary in the area next year, where doctors would also be appointed for free healthcare services to public.

Local residents showed gratitude over the free medical camp and demanded that the surgeons and medical specialists should be permanently appointed in a state-run hospital of Rosh area.

“They have operated on several people here, in addition to extending free medication. A surgeon doctor isn’t available in local health facility, due to which people are facing a host of problems. I had also been operated last night and I am fine now,” stated a resident .

Another beneficiary of the medical camp said, “I couldn’t afford my treatment but I have been treated at the camp now. We, the local resident, demand the government appoint a surgeon in the Rosh Hospital.”