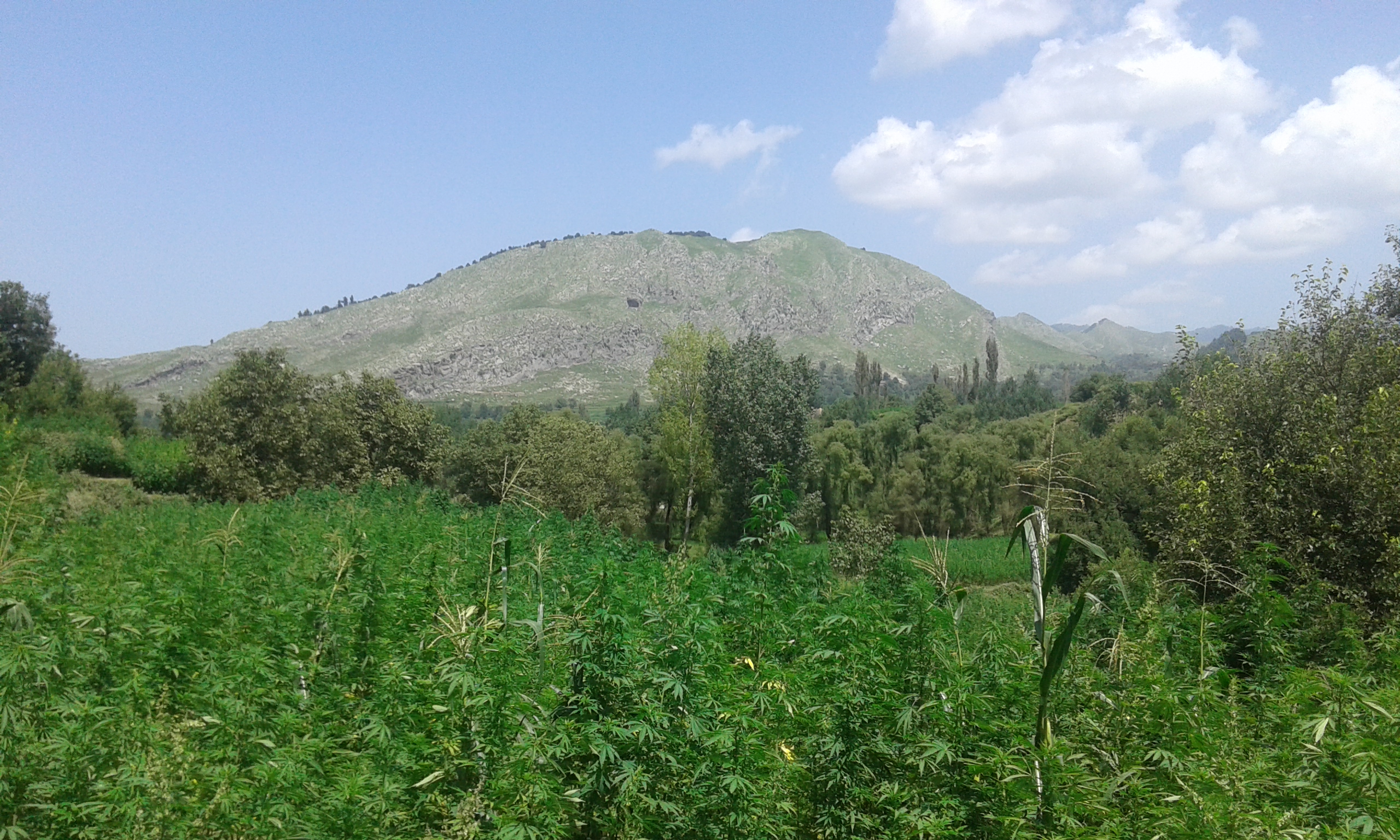 PESHAWAR, 1 March: Tirah Maidan area of Bara sub-division in Khyber Agency is known for hashish production and many people in the area are directly or indirectly associated with this business.

Production of hashish from marijuana crop is the only source of income for many in the region. Interestingly, women look after the hashish crop right from its sowing to harvesting. Sixty-five years old Jehan Bibi, who hails from Warsak Killi area of Kokikhel, is currently living near Bara Bazaar after displacement from her home due to military operation.

“Men are only involved in extracting raw material from the seed. Women take care of sowing the seed, ploughing, harvesting and keeping the crop under the sun for drying and its storage as well,” Jehan Bibi told TNN.

She said women also look after their children at house and carry out other domestic tasks. She said transportation of Hashish to the market and its sale is carried out by men. 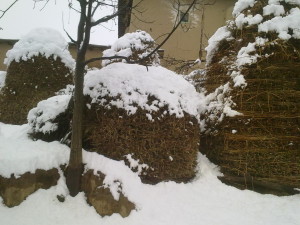 Hashish was being openly sold at the markets and shops of Khyber Agency before 2014. However, markets in Jamrud, Wazir Dhand and Ali Masjid areas, which were known for hashish sale, were converted into hotels and other shops after the political administration banned hashish sale in the whole tribal region.

Khair Afsar, a resident of Wazir Dhand area of Khyber Agency, said hashish was available at more than one thousand shops in Khyber Agency before it was banned.

“People from different parts of Khyber Pakhtunkhwa and even Punjab used to come here for buying hashish,” he said. 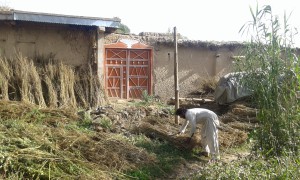 The 35-year-old Afsar said hashish business was his only mean of income before the ban and now he has no other source of income. He said the ban could not end hashish business. However, he said, the mode of business has been changed. He said most people associated with the business have changed tactics to avoid action of the administration.

“We have permanent buyers and we deliver hashish to them in settled areas through motorcycles. The customers now have to pay additional Rs400-1600 for transportation charges,” Khair Afsar said.

He said some people have kept their hashish business alive in their general stores. He said hashish of different qualities is still available in the market. However, he said, the business is not as lucrative as it used to be due to the ban.

With decline of hashish business in Khyber Agency, it production has also decreased. There was a time when 90 percent agricultural land of Tirah Maidan was producing marijuana and the same percentage of people were associated with this business. The administration claims that there is complete ban on hashish, but local sources said people are still growing marijuana in the area. 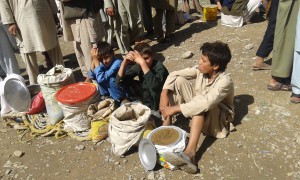 According to the 2016 report of the United Nations Office on Drugs and Crimes (UNODC), 40 percent narcotics in the world are being smuggled from Afghanistan. It said most of smuggling occurs through the Khyber Agency route to Pakistan and then onward to other countries.

Gul Noor Afridi, an elder of Tirah Maidan area, said most people in the area grow marijuana because it brings fast cash.

Khair Afsar said about 10,000 people in the area were associated with hashish business before the imposition of ban in 2014. He said a union of hashish traders was also established at that time which watched their interests.

“About 50 people on motorcycles deliver about one kilogram hashish to various areas on daily basis. Police and Khassadar personnel also receive their share in this smuggling,” Aqal Jan said.

On the other hand, Khair Afsar alleged that the hashish shops in Wazir Dhand, which were closed after the ban, are still selling hashish with the connivance of the administration and security officials. He further alleged that the administration officials and Khassadars receive bribe for allowing hashish sale. He said hashish is being smuggled from these shops through public transport vehicles and through unfrequented routes. He said the amount of bribe depends on the quantity of hashish being smuggled. 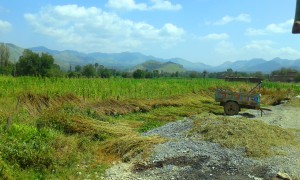 The administration of Khyber Agency rejects all these allegations and says no one will be allowed to carry out drugs business in the area. It said the administration takes prompt action to eliminate marijuana crop whenever it gets such information. It said the sellers and buyers of hashish are also punished under the Frontier Crimes Regulation (FCR) law.

However, economic experts oppose these tactics for eliminating drug business. Chairman Economics Department of the University of Peshawar Professor Dr Zalaqat Khan said Tirah valley of Khyber Agency has lovey sceneries. He said the government should promote tourism in the area to change the fate of local people. He said drug business will not come to an end until the growers and other people associated with it are given alternative opportunities to earn their livelihood.

The family of Jehan Bibi is preparing to return home from displacement, but it is confronted with great dilemma regarding their source of income. She said the government should provide her alternative source of income as the hashish business was her bread and butter. She said the government should provide lands, seed, fertilisers and other necessary equipment to local farmers to grow other cash crops.

Note: The names of information providers in this report have been changed upon their request.