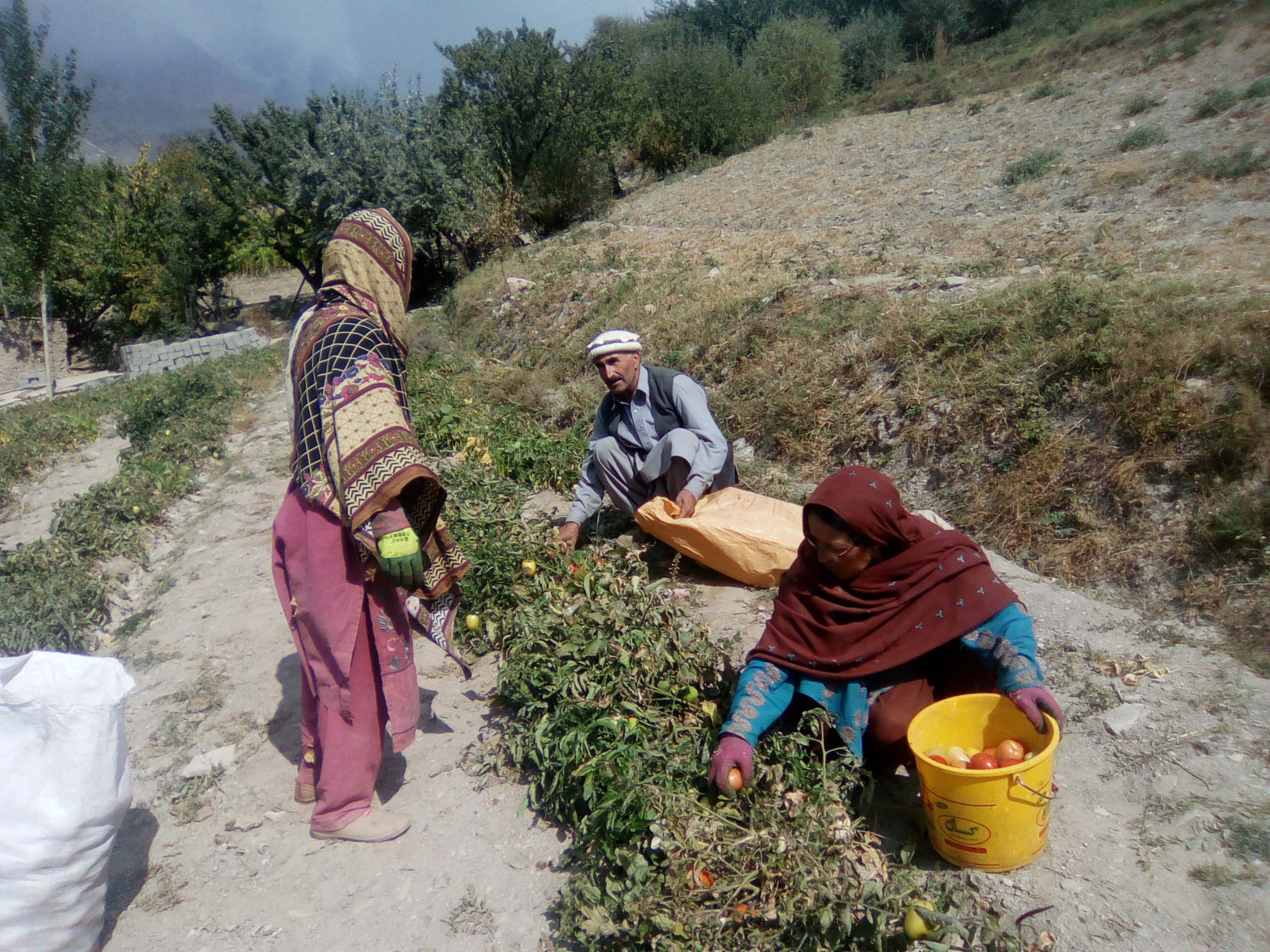 CHITRAL, 12 October: The recent tomato shortage that hit the market taking its rates cross Rs300 per kilogram across the country, Chitral is the only area where tomato was available to its residents at much lower rates.

Residents of the district were not worried as around 3000 households grow tomato on hundreds of acres, supplying it to district and other parts of the country.

Farmers, mostly females, in Chitral’s Karimabad valley area have started supplying their crop to market, that lead to bring down its price.

Israruddin Saboor, a resident of of Dronil area of Karimabad valley who after completing his postgraduate degree in Business Administration convinced farmers to grow tomato in 2001. 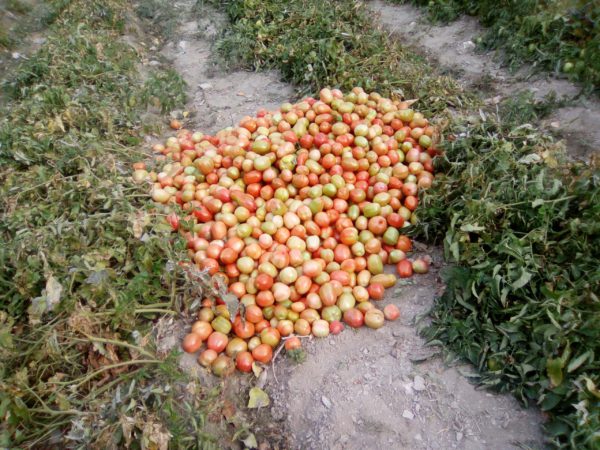 Talking to Tribal News Network, Israruddin, a social activist, he said the more and more land could be brought under cultivation if the government help them construct irrigation channels. He complained of facing many problems to cultivate their lands.

He said he along with local residents dug eight-kilometer long irrigation channel to water the tomato crops on self-help.

“When it rains, the gushing rain water wash away these irrigation channels, taking them days to reconstruct,” he said.

Israr conduct door-to-door and cornor meetings to create awareness among farmers to grow cash crops including tomato. “Farmers now know that tomato is a cash crop that can earn them many as compared to wheat,” he said.He said farmers who would earn Rs10,000 from wheat crops have been earning Rs0.5 million from tomato crops. 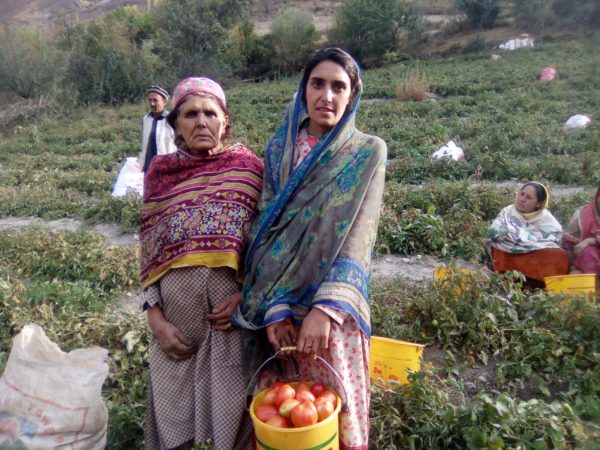 The area is one of the most backward in the district where the district as well as the provincial governments have not launched a single project. The poor road infrastructure is major hurdle in way to market the crop.

Rahima, a female who too grows tomato on her field, said the crop was the only source of income as money earned by selling tomato help them pay fee of her children education as well as daily expenses.

She demanded of the government to approve funds for construction of irrigation channels. Madiha, another female farmer, complained of problems they face while irrigating their crops due to which a large portion of the crops got dry.

Residents of valley demanded of the government to approve funds for construction of roads and irrigation channels.