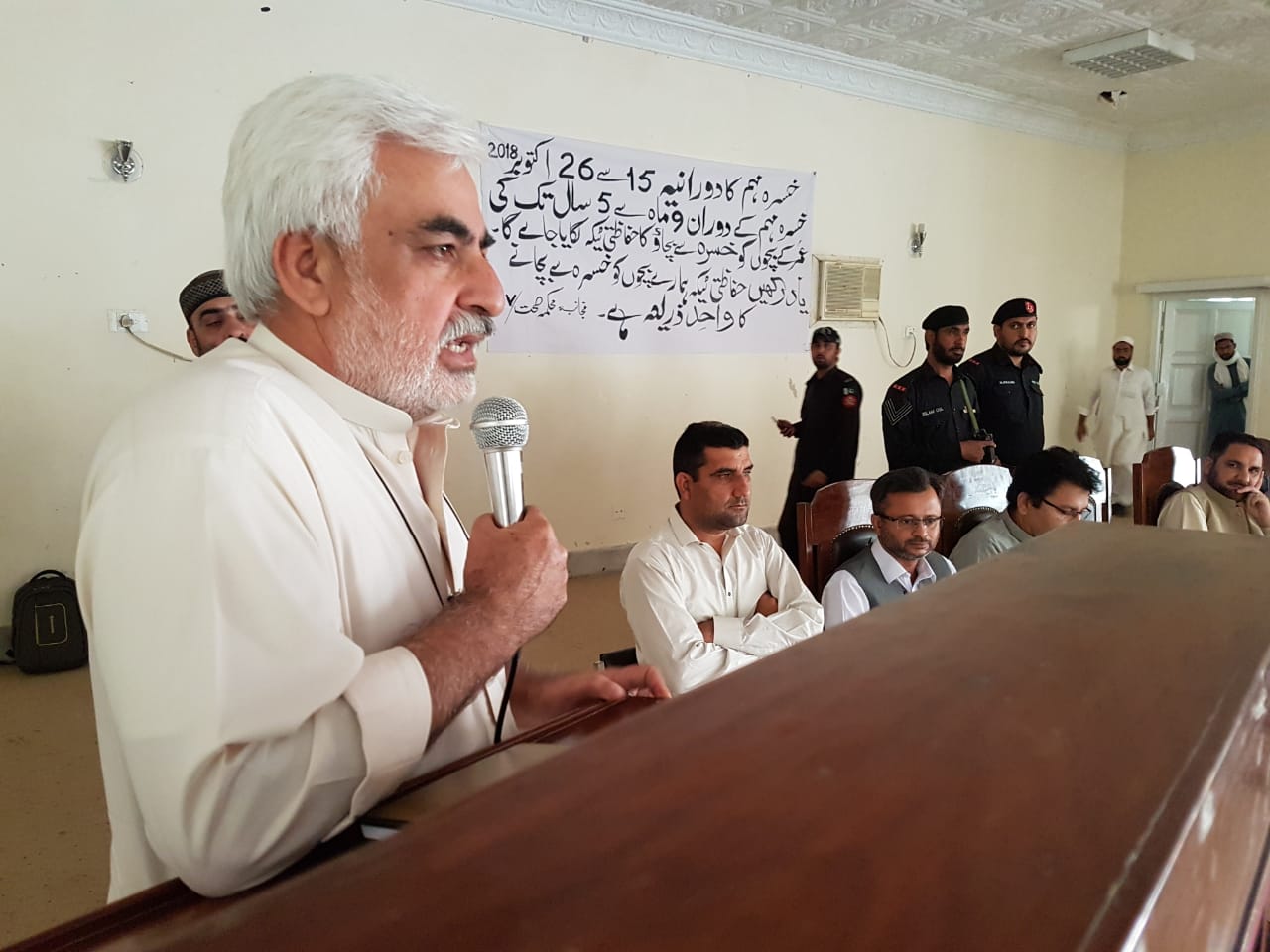 LANDIKOTAL: The anti-measles vaccination campaign will kick off on 15 October which will continue till 26 October.

A function was arranged at Landikotal Jirga Hall in Khyber tribal district on Thursday to create awareness about the campaign. Experts at the function said that during the campaign, the teams of Expanded Programme for Immunisation (EPI) will administer anti-measles vaccine to children aged between nine months and five years.

Assistant Commissioner Muhammad Imran and UNICEF representative Dr Qayyum in their address appealed to the people to fully cooperate with the vaccination teams to make the campaign successful and save the children from this dangerous disease. They said 182,967 children in Khyber tribal district will be administered anti-measles vaccine.

Measles that emerged as an epidemic in 2012-13 claimed lives of well over 500 children across the country.