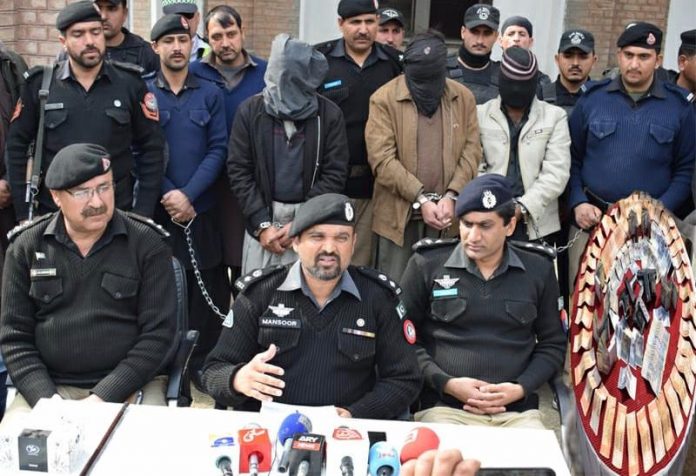 NOWSHERA: Police on Tuesday claimed to have busted an inter-district gang of robbers and arrested its 5 members along with a stolen vehicle, two pistols and Rs 1.5 million.

District Police officer, Mansoor Aman during a press conference informed that a month ago, a resident of Talagang, Maqsood Ahmad reported to the police that he was on the way to Rawalpindi from Peshawar along with friends, when they were stopped by unknown persons clad in police uniforms in Risalpur and snatched the vehicle along with Rs3.64 million cash from them.

“Technical procedures were used to reach to the criminals within 25 days,” said the Police officer. “Several arrests were made in Peshawar, Charssada and Mardan districts and recovered the snatched vehicle.”

The DPO informed that currency notes of Rs1.5 million were recovered from their possession and further investigation is underway.

Maqsood Ahmad expressed satisfaction over the police performance and said that the police very professionally conducted the investigation from the day first. The police officer added that it was all the results of teamwork that materialized into a big success.