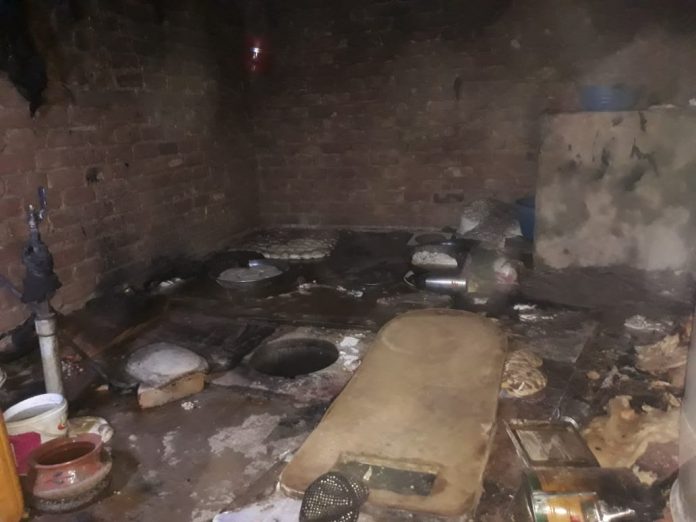 PESHAWAR: At least 20 persons were injured when a gas cylinder exploded at a tandoor in Dir Colony area of the provincial capital. The incident occurred in Ghafoor Abad locality of Peshawar on Wee hours.

According to Rescue 1122 emergency service of the province, the explosion was so severe that it spread panic in the area. Bilal Ahmad Faizi, spokesperson for Rescue 1122 said 09 persons were critically injured who were shifted to Lady Leading Hospital (LRH) and Burns hospital in Hayatabad.

The time when the explosion occurred, dozens of people, including children, were gathered near the Tandoor shop. The video of the blast was gone viral on social media where a child can also be seen lying in injured condition. Eye-witnesses also confirmed that children were also among the people who received burn injuries and was rushed by local people to Lady Reading hospital.

Rescue 1122 teams also reached the spot after being informed and shifted the injured to hospitals.

After the tragedy, Khyber Pakhtunkhwa (KP) department for relief and reconstruction has issued notification all the deputy commissioners directing them to keep a check on the use of LPG cylinder in homes, hotels and shops.

The notification added that through proper care, such incidents could be avoided. The department also asked the consumer to properly check cylinder before purchase and make sure that it is manufactured by a reputed company.

The consumers were asked to check that the cylinder is not damaged and all its other equipments are perfect. The notification asked the consumers to avoid blast; cylinder should be kept in the open air and keeps it away from flames so that its temperature remained stable. Through the notification, the deputy commissioners of all districts were asked to check and take action against the manufacturer and use of sub-standard gas cylinders.