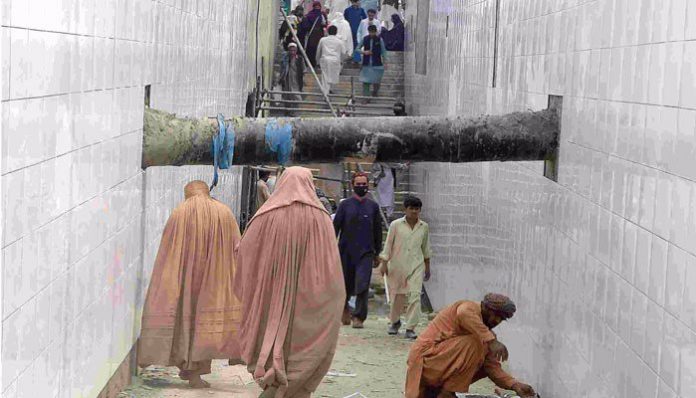 PESHAWAR: Gas supply will remain suspended in some areas of Peshawar due to shifting of a gas line which is passing through an underpass of the Bus Rapid Transit (BRT) in the city.

The Sui Northern Gas Pipelines Limited (SNGPL) spokesman for Khyber Pakhtunkhwa said on Sunday that the 12-inch diameter pipeline from the BRT station will be shifted today (Sunday) due to which gas supply will remain suspended from 9:00am to 3:00pm.

The latest anomaly surfaced in the BRT project few days ago as it was pointed out that the gas pipeline passing through an underpass of the BRT station in Hashtnagri may pose threat to the lives of the passengers using this station.

The Chief Minister’s Inspection Team had pinpointed several flaws in the design of the BRT project recently. A woman was also killed after she was hit by a bus of the BRT project. However, the driver was released on bail.

The inspection team had said in its report that the mega project was initiated without proper planning due to which its cost increased and the exchequer was burdened. The report mentioned flaws in the feasibility report due to which the project was frequently changed.