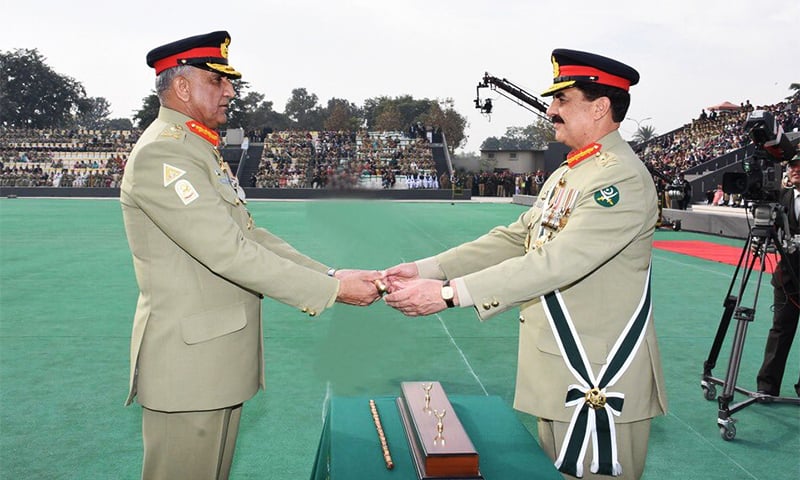 PESHAWAR, 29 November: General Qamar Javed Bajwa has assumed the command of the Pak Army to become the 16th Chief of the Army Staff. The baton of succession, the ‘Malacca Cane’ was passed on him by the outing chief, General Raheel Sharif during an impressive change of command ceremony held in General Headquarters in Rawalpindi on Tuesday.

Smart military contingents marched at the ceremony and presented guard of honor to the outgoing chief, who set a rare example of transferring the command to his successor without getting any extension in his three-year term as Army chief. 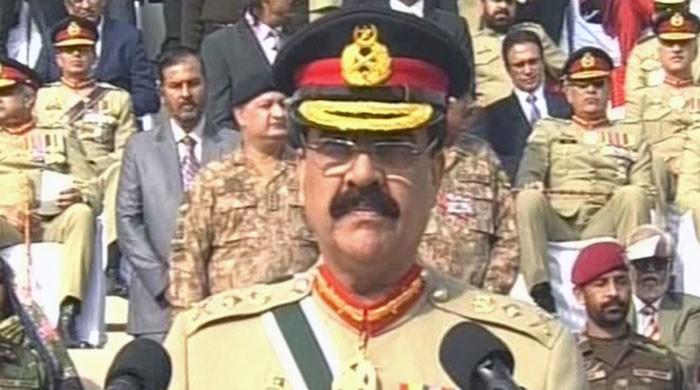 In his farewell address, Gen. Raheel said it was a great honor for him to lead one of the finest armies of the world. He said his every decision was motivated by national interests and priorities.

He thanked the entire nation, armed forces, Pakistan Rangers, Levies, security agencies and police for fully backing and supporting the mission to defend and secure the motherland.

General Raheel said challenges of the country have not ended as the security situation of the region remains complicated. He said there was need to remember sacrifices of our martyrs to stabilize the successes of the recent years. He said it is need of the hour for the nation and the institutions to work in harmony to thwart all internal and external threats. The outgoing COAS said implementation of the National Action Plan would continue till realization of the goal of complete peace. General Raheel said India’s aggressive posture is a serious threat to the regional peace and security. He warned that it would be dangerous to construe Pakistan’s policy of restraint as its weakness. He said there can’t be durable peace and progress in South Asia without resolution of the Kashmir dispute. He said this requires special attention of the international community.

Gen. Raheel said he made sincere efforts to bring durable peace to Afghanistan, adding it is in the interest of the whole region that the Afghan issue must be resolved.