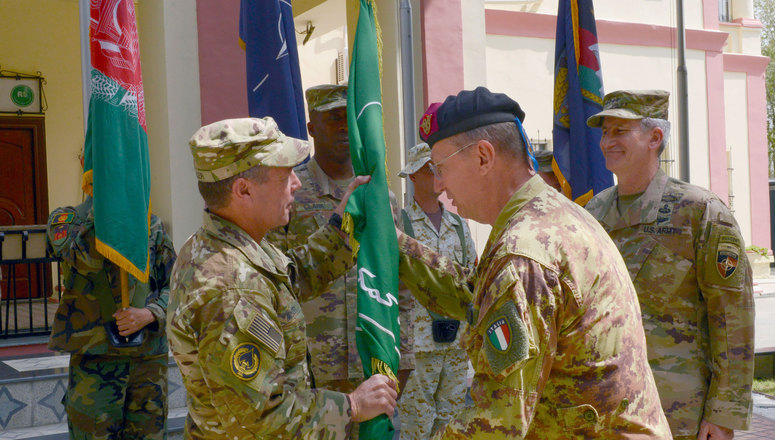 General Miller will oversee the continued efforts by NATO Allies and operational partners to further develop effective and sustainable Afghan security forces and institutions through the train, advise and assist mission.

General Miller previously commanded the US Joint Special Operations Command. At the change of command ceremony in Kabul, he said: “We must enable our Afghan partners in building their security and military capacity so that they are able to deny safe havens to terrorists in a long-term, and sustainable way.”

He stressed the strength of the Resolute Support Mission, which includes 41 NATO Allies and partners: “Forty-one. That number sticks with me. It’s powerful and I want to recognize NATO and the operational partners for building and sustaining such an inspiring team.”

General Nicholson, who commanded the Resolute Support Mission for two and a half years, said all the nations involved in Resolute Support support the peace process: “These nations are here on a conditions basis, not a calendar. Peace in Afghanistan is in everyone’s best interest. It not only ends the suffering of the Afghan people. Peace in Afghanistan makes the entire world safer.”