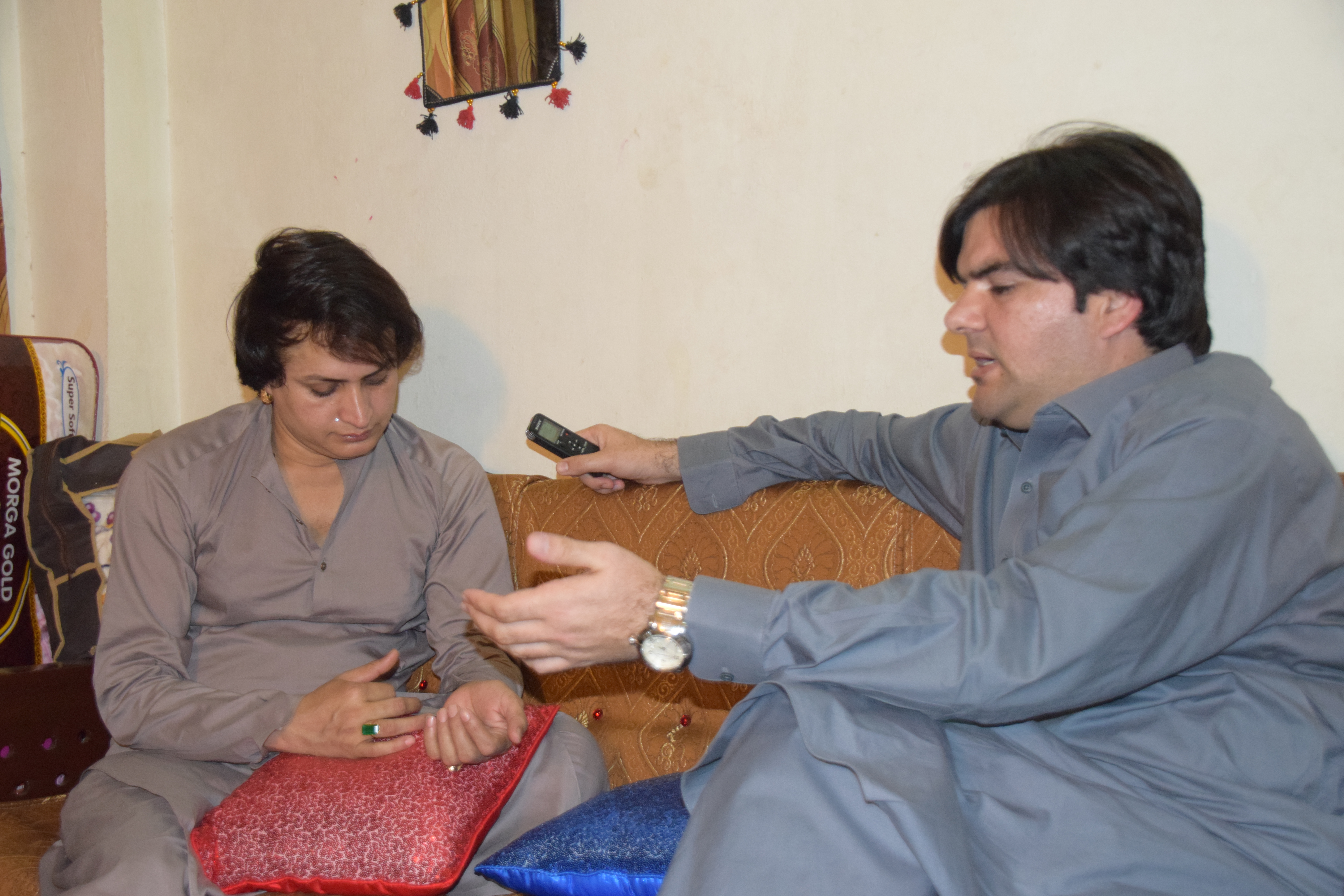 The ruling of the Lahore High Court directing the federal government to include a separate column for trans people in the form being used in the ongoing Census process in the country, has sparked jubilation among the community members but at the same time fears still persist among them that a good number of their colleagues may not be counted since they do not possess Computerized National Identity Cards.

This is not only census process which requires CNICs, there are many more basic facilities that have not been availed by transgender people due to the lack of the document.

Naina Khan is one such example. Being in the dancing profession for seven years, she is fed up with the job and wants to join government department for good living but to no avail.

“Once, the Town Municipal Administration (TMA) advertized a post in the local press. I applied for it on the quota reserved for trans people. The officials asked me to submit CNIC along with the application. I went to Nadra office to get my CNIC but to my surprise, not a single government official was willing to attest and verify my application. Besides, I did not have my parents’ cards as the Nadra officials demand it for record purpose. So I got frustrated and tore off the application form and couldn’t avail the opportunity,” she narrates.

CNICs are the identity cards issued by Pakistan’s National Database and Registration Authority (NADRA) to the citizens normally at the age of 18. A person without having the document is not eligible to cast vote, open and operate a bank account, obtain a Pakistani passport, a driving license, purchase vehicles and land, or a plane or train ticket.

Even a mobile SIM card cannot be activated in one’s name without having a valid identity card.

In 2009, Supreme Court of Pakistan directed the Interior Ministry and the National Database and Registration Authority to include additional column for the people of third gender in the national document. Though, the authority has included gender column for trans people in CNIC, but still large number of the community members are not issued cards since they are unable to provide their parents’ cards as proof of their family ‘trees’ to the Nadra officials.

Farzana Jan, a member of the civil society working for the rights of transgender people says that due to non-availability of cards, the community members are unable to benefit from the health insurance scheme introduced by the Khyber Pakhtunkhwa government.

“Out of the total 50,000 transgender, only 20% have obtained their CNICs,” she informs. She further states that some of the transgender people had applied to change their gender in the database, but unfortunately, their cards have been blocked by the Nadra on the pretext that they couldn’t provide cards of their parents.

Majority of trans people have either been abandoned by their parents due to their sexual orientations or dancing profession on the pressure of the conservative Pashtun society.

“Our families are not ready to accept us. How would they testify that a person who has adopted dancing as a profession, is their kin,” Farzana questions.

Qamar Naseem, who works for the rights of trans people and runs Blue Veins organization, says that Nadra should make the process easy for the transgender so that every member of the community can obtain the card. He suggests that the transgender people should be allowed to mention their gurus (mentor) instead of parents.

“If you do not facilitate the transgender people in obtaining the national document, they will continue to remain without any identity,” he laments.

However, Qamar Naseem doesn’t agree with the idea that transgender people should mention their gurus in their CNICs instead of parents. He says the gurus are not permanent. The transgender frequently change their mentors. Also, some of the community people are also against this, Naseem says, adding it will lead to further complications.

Advocate Muhammad Hashim Mengal says that government should make the policy a little flexible for the transgender community.

“The government should nominate a focal person for each area. The focal persons should be authorized to verify Nadra forms for other members of the community. Temporary cards should be issued to them on the pattern of PoR (Proof of Registration) cards issued to Afghan refugees or alien cards issued to other foreigners,” he says.

He is of the view that permanent cards should be issued to the transgender people when they produce the cards of their parents and satisfy the authority about their origin.

Nasim informs that Nadra officials have submitted before the Lahore High Court that the CNICs do not have sufficient space to give details about the exact gender of the applicant, that is why they prefer to write the letter “x”. He is of the view that it is clear violation of the Supreme Court orders as the apex court had categorically directed that CNICs of transgender people should be prepared as per their aspirations

A Nadra official who wishes not to be named, tells this scribe that if a person wants to be documented in the database as a transgender, he/she needs to bring a certificate from the Social Welfare Department in support of his/her claim about the gender.

The official further informs that if a transgender person does not find any government officer for the verification of his/her application form, he/she can do it from any elected public representative.

There is no doubt the transgender community has made considerable progress in long fighting for their rights. After forcing the government to include separate gender column in CNIC, winning the legal battle for the inclusion of column in the Census form and getting Rs200 million welfare funds from the Khyber Pakhtunkhwa government, the transgender people are confident that they will also succeed in getting their identity card issue resolved through the judiciary.