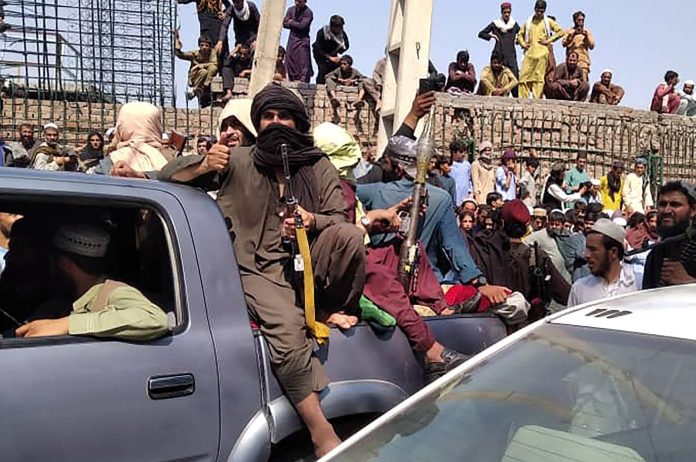 PESHAWAR: In a massive development, Afghan President Ashraf Ghani along with his close aides left Afghanistan on Sunday amid reports that the Taliban fighters have entered Kabul and are poised to regain power 20 years after a US-led war ousted them.

Media reports showed that the Taliban entered the Kabul Presidential House and they also took control of the bunkers vacated by the Afghan forces. The Taliban have asked all the fighters to respect the sanctity of houses and never tease the citizens.

An Afghan Interior Ministry official was quoted as saying by foreign media that the president has left Kabul, but did not disclose Ashraf Ghani’s movement details for security reasons. The footage of President Ghani leaving the country was also doing rounds on mainstream and social media. Later Afghan Chief Executive Abdullah Abdullah also confirmed Ghani’s departure. About his own strategy, he said he has sought some time for talks with the Taliban. He was expected to leave for Doha for holding talking with the Taliban negotiators.

In a video on social media, Abdullah appealed to the Afghan security forces to do their part to maintain peace in the country. He also appealed to the Taliban to not harm anyone or cause disharmony in Kabul. He said Ghani had left the country in troubling times, for which he will be remembered in history.

Media reports said it has been agreed that Ashraf Ghani will quit after a political agreement and hand the power to a transitional government.

The Taliban said they will not take Kabul by force and their negotiators headed to presidential palace to discuss transfer of power. A Taliban spokesman said they are seeking an unconditional surrender from the government.

In a countrywide offensive during last few days, the Taliban have defeated, co-opted or sent Afghan security forces fleeing from wide swaths of the country, even though they had some air support from the US military. The lightning speed of the push has shocked many and raised questions about why Afghan forces crumbled despite years of US training and billions of dollars spent.