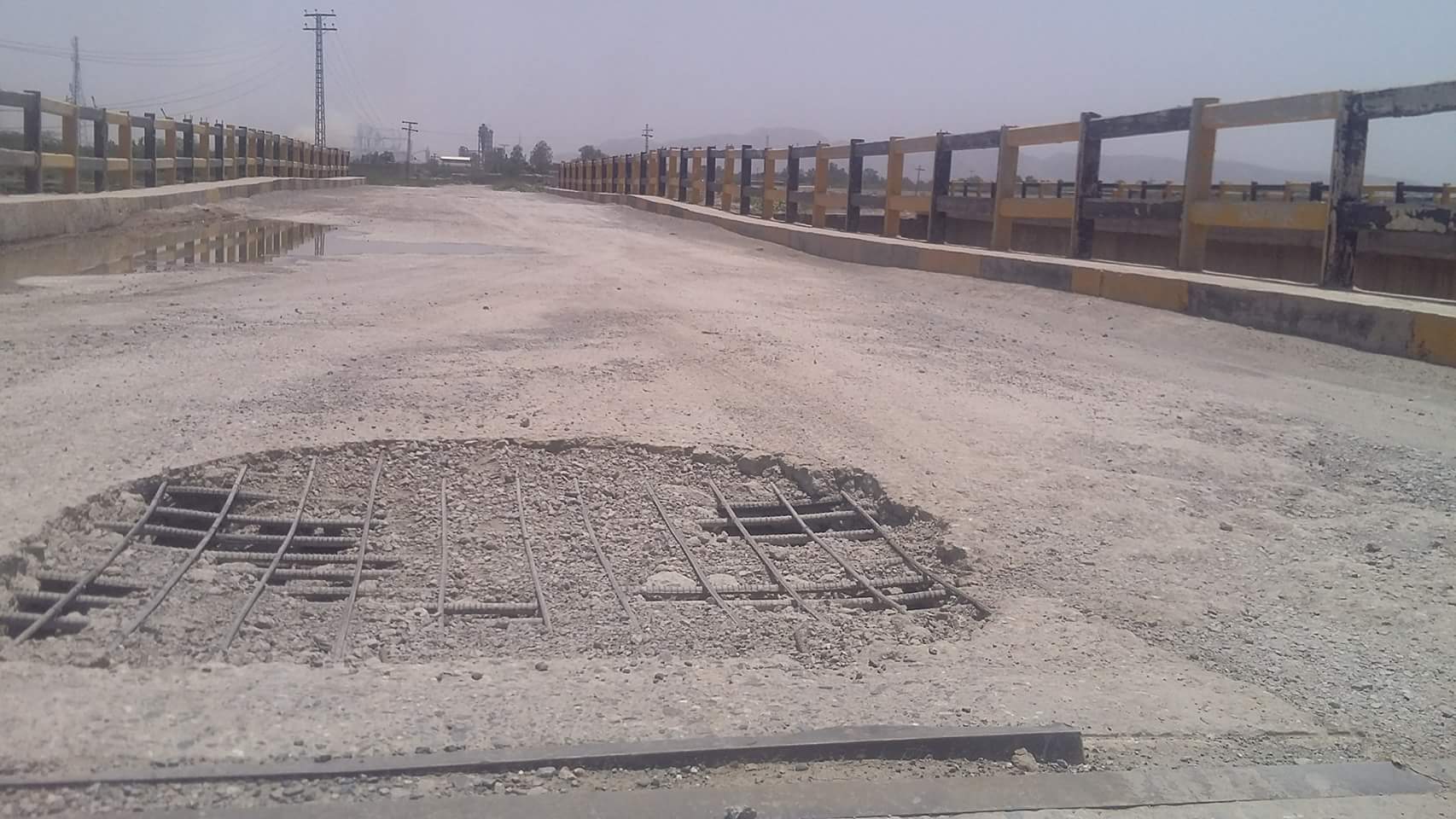 JAMRUD, 11 June: Ghareza bridge, which was constructed in Jamrud, Khyber Agency, four years ago, is in dilapidated condition again.

The local people said substandard material has been used in the construction of the bridge which is severely damaged and dangerous for the passing vehicles. The Irrigation Department had constructed this bridge on Takhta Beg Khwar in 2012. Hundreds of vehicles and pedestrians use this bridge on daily basis.

The local people have demanded action against contractor who used substandard construction material in the bridge.

Shahzada, a local resident, said cracks in the bridge are visible even before its inauguration. “Substandard material has been used in the  construction of the bridge and its sides are broken.

The passing vehicles are facing danger of mishap. Irrigation Department had spent a lot of money on this bridge. It should investigate wrongdoing in the construction of the bridge,” he told TNN.