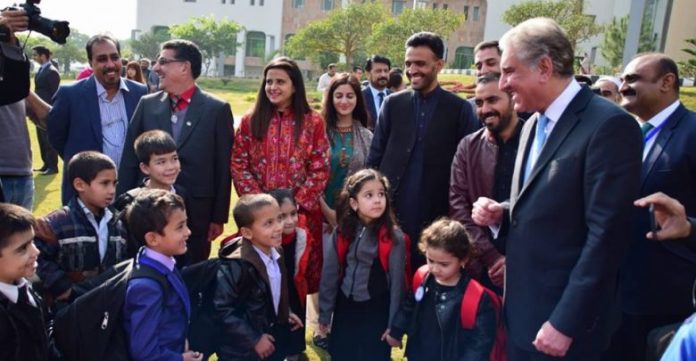 PESHAWAR: A ceremony was organised in Islamabad on Wednesday to distribute gifts among Afghan students residing in Afghan refugee camps in Pakistan.

The minister said Pakistan and Afghanistan are linked in historic, cultural and religious ties. He said China is also playing a proactive role for peace, stability, and development of Afghanistan.

Shah Mehmood said provincial election in the tribal districts will be held soon and these areas are being brought to the national mainstream.

The Chinese ambassador in his address said China will continue to work for peace and development in Afghanistan.