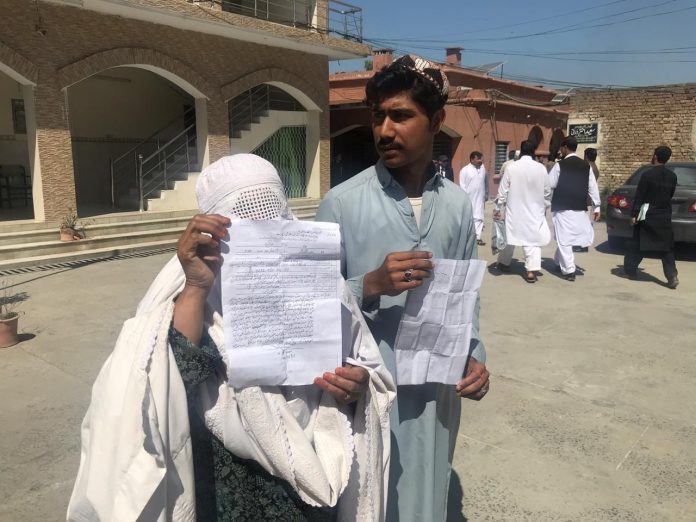 NOWSHERA: A teenage girl was kidnapped from her house on gunpoint after she refused the marriage proposal in village Chowki Mamraiz of Tehsil Pabbi in district Nowshera.

The victims’ mother, Shamim Bibi, while providing details to TNN on Tuesday said that her close relatives, who are much influential in her village entered her home and kidnapped her daughter, Samreen, on gunpoint.

She added that her daughter has refused the marriage proposal and wanted to continue her studies. The woman said that when Samreen refused to leave the house, they resorted to violence and tortured her. She complains that they have fired gunshots in the air and kidnapped, the 12th class student. She has been transferred to an unknown location and so far, her mother is unaware of her whereabouts.

She added that a First Information Report (FIR) has been registered with Pabbi Police station but the police have not taken any action against the accused as they are much influential in the area.

Samreen’s mother said that she belongs to an underprivileged family and her husband is an aged man and suffering from various diseases. She asked Prime Minister Imran Khan to help her recover her daughter and provide justice.

In her application to the judicial magistrate, Nowshera, she said the accused family are her close relatives. They have a dispute over the marriage of the girl with the victim family for a long time and are threatening the family of dire consequences. Due to which the victim family is in continuous fear of another attack and are in need of legal protection from strong rivals. Thus, they requested the government to take proper action, recover the girl and provide protection to the family. She warned that if justice was not provided to her, she will commit suicide in front of Pabbi police station along with her family members.