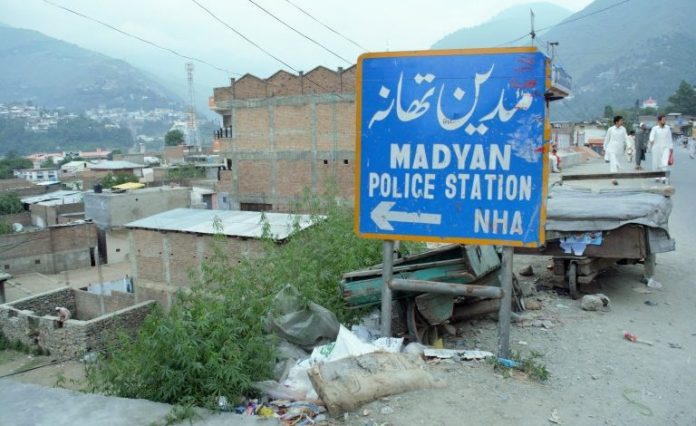 MALAKAND: A girl hailing from Malakand has accused her brother of sexually abusing her.

After allegation of the girl, the police have formed a medical board and its result is awaited. The 25-year-old girl said while filing a report with Madian Police Station that her elder brother took her to Kalam for a tour on August 09 and sexually abused her forcibly in the hotel room in the night.

She said she then returned home and after a couple of days her brother again asked her to go with him to another place, but she refused, upon which he tortured her. The victim girl said she eventually gathered courage to narrate her ordeal to her sister.

The girl said she along with her sister and brother-in-law went to the Levies Centre Malakand and informed them about the situation. The staff there advised the girl to approach Madian Police Station as the incident happened in that jurisdiction. The victim girl along with her sister then went to Madian Police Station and filed report against her brother.

Police said a team has gone to Malakand to arrest the accused. However, the statement of the accused will also be recorded to know all the facts about the matter. When police were asked why the girl did not file complaint when she was first time abused by her brother in Kalam, they replied while quoting the girl that she was threatened by her brother that he would kill her if she disclosed anything. The results of the medical test may be available within two days.

On August 03, a 14-year-old girl was sexually abused allegedly by her friend in Madian.

Police said the accused hails from Sakhra Nokhara village in Matta tehsil of Swat and he had friendship with the victim girl. On the day of the incident, the girl went to the village of the boy. The girl told police that her friend took her to an empty house near his own house and raped her twice. She said that upon her resistance, the boy threatened to share her indecent photos on the social media.

Police said the medical tests confirmed that the girl was subjected to sexual abuse.