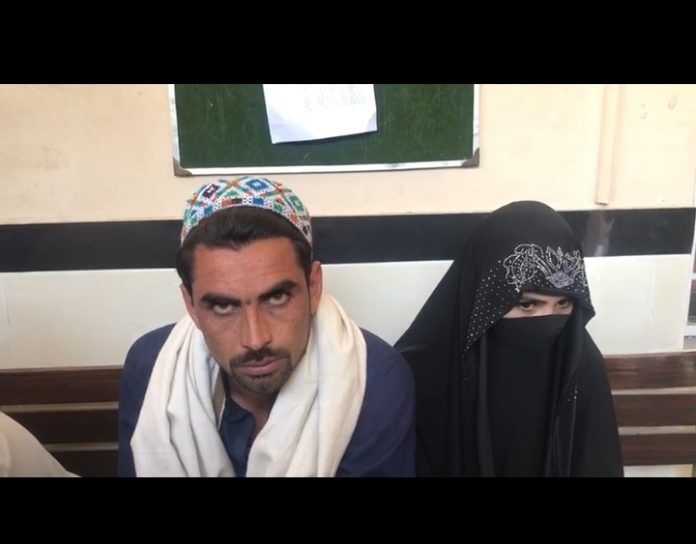 NOWSHERA: A court in Nowshera on Tuesday ordered shifting of a girl to jail over false claims of her marriage with her step-brother.

The case was heard in the court of Civil Judge Muhammad Wali Mohmand during which the court was told that the medical report of the girl, Sarwat did not prove any physical relation with her step brother and their marriage certificate was fake. The court ordered shifting of Sarwat to Central Jail Peshawar after completion of her physical remand.

On Monday, the court had sent the girl on physical remand for one day. Five more sections have also been added to the case against Sarwat and her step-brother over presenting a fake marriage certificate.

Police said the medical report showed that there was no physical relation between Sarwat and her step-brother. The court has also rejected an application by the mother of Sarwat, Hazrat Bibi to hand over the girl to her.

Hazrat Bibi, a resident of Kotar Payan area of Nowshera, had filed a report with police on 27 October that her step-son Saqib had married her daughter by deceiving her. She said in her report that the marriage is against Islamic Shariah as both are the children of the same father.

Risalpur Police said the girl and boy were arrested after the report of their mother and they were presented before the court.

The girl said in her initial statement that her parents were planning to give her in marriage to a person which was not liked by her and her brother. She said both of them fled home and went to Karachi. She said they made a fake marriage certificate due to the fear of police. She claimed that she returned to Nowshera and presented her for arrest after coming to know about filing of case by her mother.