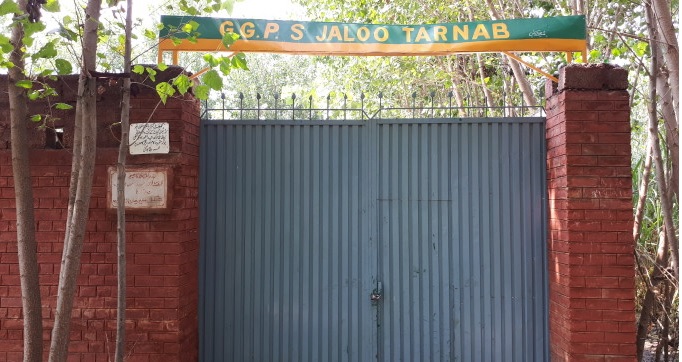 CHARSADDA, 15 September: Girls students of a government primary school in Jalo area of district Charsadda have been facing multiple problems due to non provision of electricity facility.

The drinking water plant installed in the school by the Education Department is of no use as there is no provision of electricity supply. The school administration complains that the government installed the plant at a cost of Rs200,000 but it is not serving the purpose due to unavailability of power supply.

Taj Ali, the landlord of the school building, says that the Education Department has been repeatedly asked during the last five years to ensure provision of electricity supply to the school but to no avail.

The girls students demanded from the government to provide electricity to their school or install solar panels to meet their requirements.

“We are facing multiple problems. There is very hot in summer and we are studying without electricity. Due to unavailability of electricity, there is no water is our school and most of the girls bring water in bottles from homes,” says Khushboo, one of the students of the school.

Parents have also demanded of the government to release funds for the school and arrange solar panels so that electricity could be provided to the students.

According to local villagers, the school building was constructed in 2009 while classes were formally started from 2012, but since then, it is being run without electricity.