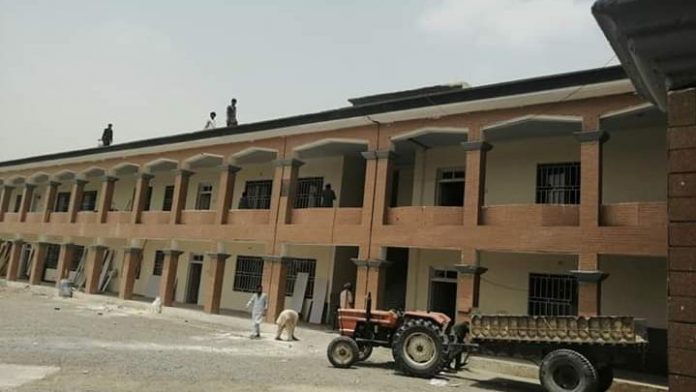 MIRANSHAH: The building of the only girls’ degree college in Miranshah, North Waziristan tribal district, has been converted into a judicial complex, which has drawn criticism from social circles.

The people of North Waziristan have expressed grave concerns over conversion of the girls’ college building into judicial complex. They said the government instead of increasing education facilities for girls’ students was snatching the right to education from girls.

The elders of Utmanzai tribe have called upon the government to take back its decision of converting girls’ college into judicial complex immediately. They warned of protest if their demand was not accepted.

After merger of erstwhile Fata with Khyber Pakhtunkhwa, the Peshawar High Court (PHC) on February 25 announced appointment of 28 judges in the tribal districts. Under the announcement, four judicial officers, including one senior civil judge, one sessions judge and two additional sessions judges, have been appointed in every tribal district. The judicial officers of Khyber tribal district are performing duties in Peshawar, those from Orakzai and Kurram are performing duties in Hangu, judges of North Waziristan are performing duty in Bannu, South Waziristan judges sit in Tank, Mohmand judges perform duty in Charsadda and Bajaur judges sit in Timergara.

The courts were set up outside tribal districts due to administrative and security reasons. However, the people of merged districts demanded shifting of the courts inside tribal areas to reduce their troubles and enable all people to access judiciary easily.

Last week, Bajaur became the first tribal district to have a judicial set up inside the tribal district. The district court, which has been set up at Civil Colony in Khar, started formal proceedings last week and heard several cases. Now arrangements are being made to shift the courts of North Waziristan to Miranshah from Bannu.