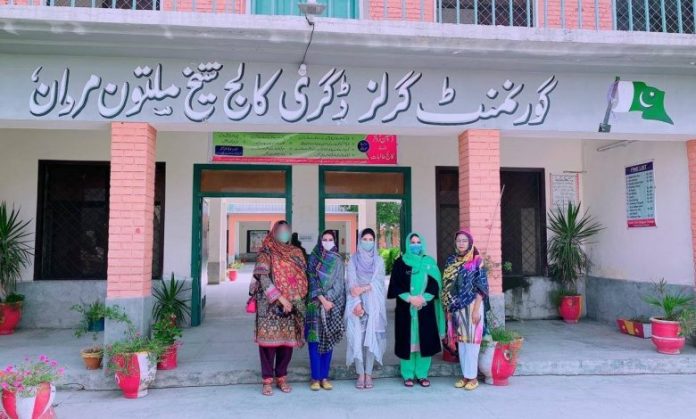 MARDAN: The Government Girls Degree College Sheikh Maltoon, Mardan has been closed for seven days after seven students were diagnosed with coronavirus.

Deputy Commissioner Muhammad Abid Wazir told TNN that tests of teachers and students of Government Girls Degree College Sheikh Maltoon were conducted and seven tests came back as positive. The college has been closed for seven days, while the ongoing BS exam in the college will continue under strict standard operating procedures (SOPs).

A day earlier, five students of a private college in Charsadda were diagnosed with coronavirus after which the college was closed for one week.

The infected students had participated in a sports gala of private colleges few days ago. It has created concerns among other students who attended the event.

The samples of students of Galaxy Model College, Mardan Road, Charsadda, were taken and five tests came back as positive. Sources said that despite the fact that corona-like symptoms appeared in some students, many students still participated in different sports events at the gala at the Abdul Wali Khan University Sports Complex. Now it is feared that the virus might have spread to the students of other colleges as well.

According to a summary of the KP Health Department, as many as 90,274 tests were carried out in educational institutions during this period and 1,250 test results came back as positive. Results of 7,820 tests are still awaited.

Due to the dangerous situation, the National Command and Operation Center (NCOC) has called for banning large public gatherings and enhancing restrictions in high risk areas due to COVID-19 resurge.