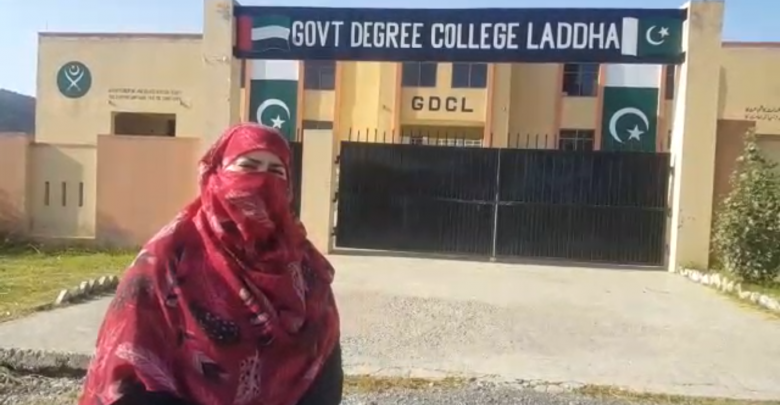 WANA: The Girls Degree College in Ladha tehsil of South Waziristan tribal district still remains non-functional and even the appointment of lecturers have not been initiated yet.

Razia Mehsud, a resident of Ladha tehsil, said while talking to TNN that the college building was constructed in 2016, but teaching staff has not been appointed yet. She said there are hundreds of educated girls in the tribal district who are eligible for these vacant posts.

Razia Mehsud, who holds a Master’s degree in Urdu literature and also possesses education certificates, said she is still in search of a suitable job after returning from the life of displacement. She said job opportunities are scarce in South Waziristan and it is a matter of grave concern that the college building constructed with a cost of millions of rupees also lacks staff. She said the girls of the area remain deprived of education due to lack of any functional college. She said some girls got higher education from other parts of the country, but still they are in search of jobs.

Razia said the educated girls of Ladha will form a committee that will talk with government officials for restoration of educational institutions and rights of girls.

A military operation was launched in South Waziristan in 2009 during which tens of thousands of people were displaced. Many girls from Waziristan for the first time took admissions in colleges and universities during the life of displacement. Now after return to their native areas, besides other problems, the educated girls have no jobs and they are uncertain about their future.