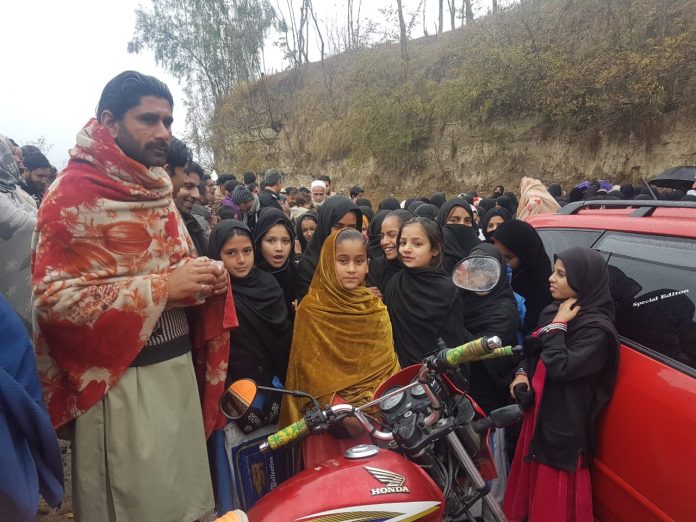 BUNER: The students of Government Girls Middle School in Matwani, Buner on Monday blocked the road to record their protest over dilapidated route leading to their school.

The protesting students blocked Shangla-Buner road for all kind of traffic amid heavy rain due to which a large number of vehicles were stranded. The students said the route leading towards their school is in extremely dilapidated condition and they cannot go to school during rain.

The protesting girls, who were also joined by the area residents, said the protest will continue till repair of the route. They said several applications have been sent to the Education Department and district administration to resolve this problem, but no one responded.

They said this problem can be resolved easily by utilising the local government funds. They demanded the government to resolve the problem on priority basis.