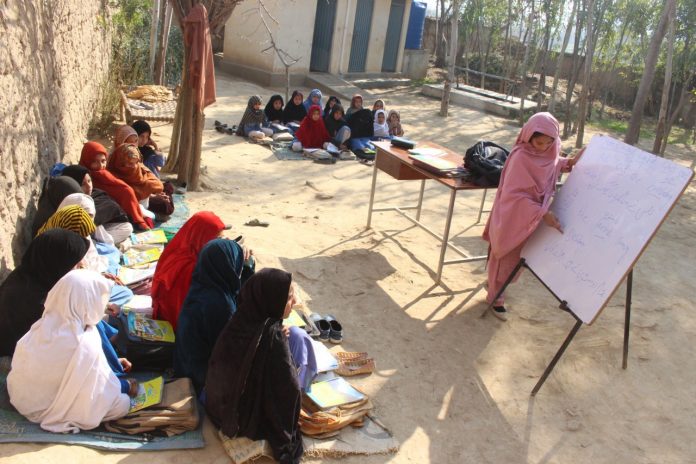 MIRAN SHAH: All most all the girls schools in Mir Ali sub division of North Waziristan have been closed since two middle schools for girls were attacked by militants in May this year.

The closure of schools have disrupted the education of thousands of girls as well as put their future at stake. It has also exposed the indifferent attitude of district administration education department towards girls education in the war affected tribal district bordering Afghanistan.

In early May this year, militants bombed two government girls schools in Hasokhel and Mosuki villages of Mirali tehsil. The blasts partially damaged the schools’ buildings.  Meanwhile, a militant associated with Ittehadul Mujahideen North Waziristan distributed a pamphlet asking local residents to stop sending their grown-up daughters and sisters to schools. In light of this developments all most all the schools were closed by education departments in Mir Ali sub division which are yet to be reopened.

Since the administration is not taking step to reopen theses schools fearing militants attack while parents are reluctant to send their children to far off areas due to cultural constraints, poverty as well as fear of militants.

“Year has passed since repatriation to the area has been completed but these schools are yet to be reopened even on temporary basis,” said Malik Zahid Wazir while talking to TNN.

He said that parents were even willing to send their daughters to schools that were blown up but the government was not serious in educating them.

According to FATA secretariat, 146 schools mainly girls education institutes are non functional in North Waziristan since all most all the displaced people have been repatriated to the district.

Locals asked the authorities concerned to ensure early reopening of the schools in order save future of their daughters.