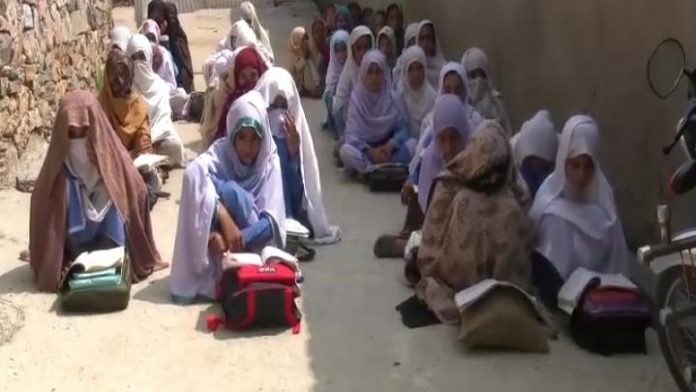 NOWSHERA: The future of hundreds of girls students has become uncertain in Khweshgi Bala area of Nowshera due to closure of several primary schools.

The area people said several girls primary schools in the area have been closed due to negligence of the Elementary and Secondary Education Department (ESED). The students get education in the hujra (male guest house) of a local nazim and on road due to lack of school building in extreme hot weather.

The local people said the students of the said schools are facing many difficulties due to ongoing dispute between the owners of the lands on which the schools have been built and the government. They said on one hand the provincial government is making tall claims about promotion of education and providing facilities to schools, while girls in Nowshera are getting education on roads and in hujras.

The area people urged the provincial government to take steps for opening of the closed schools to save the future of the students. They said the adviser on ESED has recently said that the provincial government has hired over 20,000 teachers in KP and hiring of more teachers is underway and the government is providing missing facilities at schools on priority basis, but the issue of Nowshera schools remains unresolved. They said this issue can be solved if the government pays attention to it.