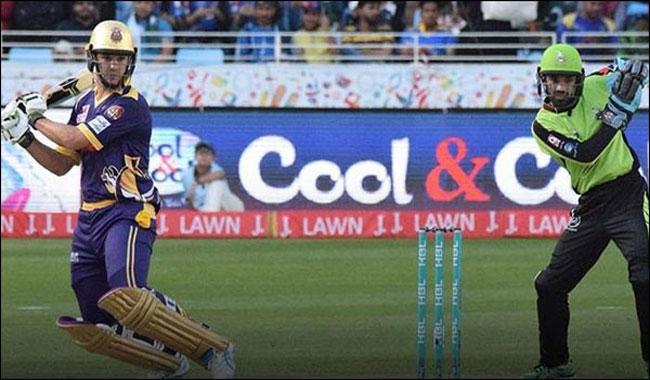 PESHAWAR, 10 February: The Quetta Gladiators beat Lahore Qalandars by eight runs in the second match of the Pakistan Super League’s second edition in Dubai on Friday. 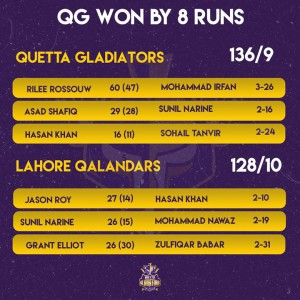 The Lahore Qalandars put Gladiators into bat after winning the toss. The Gladiators stretched the tally to 136 runs for the loss of nine wickets thanks to smashing 60 off 47 balls by Rilee Rossouw. His blistering batting included three fours and two sixes. Asad Shafiq was the second top scorer of the inning. He made 29 off 28 deliveries.

Surprisingly, the Qalandars couldn’t manage to achieve the target and lost the match, which was quite under their grip. The Qalandars could make 128 runs by losing all the wickets in the 19th over of their inning.

Gladiators’ Hasan Khan was declared man of the match.