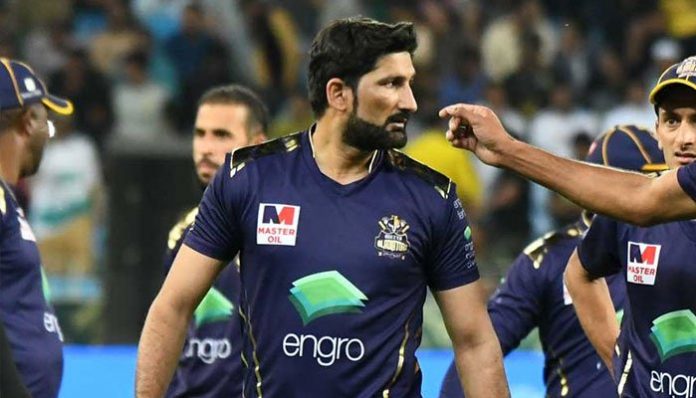 Gladiators never looked like challenged by hapless Multan Sultans as they marched to victory by six wickets.

After being put into bat, Sultans were restricted to 120 runs which was not competitive in any way. Johnson Charles batted well for his 46, while skipper Shoaib Malik scored 21. For Gladiators, Sohail Tanvir and Darren Bravo took three wickets each, Mohammad Nawaz picked two wickets, while Mohammad Hasnain bagged one wicket.

Gladiators surpassed the target with six wickets and one over to spare. Rossouw scored 35 runs, Watson scored 33 and Ahmed Shahzad scored 28.

DJ Bravo was declared player of the match for his brilliant bowling.

Zalmi achieved the target on last ball of the inning due to stunning batting of Dawson and captain Darren Sammy. Dawson scored 52, while Sammy scored 40. Zalmi required a four on the last ball and Dawson hit it off the bowling of United captain Mohammad Sami. For United, Zafar Gohar and Shadab Khan took two wickets each, while Faheem Ashraf took one wicket.

Dawson was declared player of the match for his wonderful batting.

Now the PSL teams will rest for two days and then a new leg will begin in Abu Dhabi on 4 March.

Two matches will be played in the PSL-4 on 4 March (Monday). In the first match, Quetta Gladiators will face Peshawar Zalmi at 4:30pm (PST), while in second match, Multan Sultans will face Karachi Kings at 9:00pm (PST).