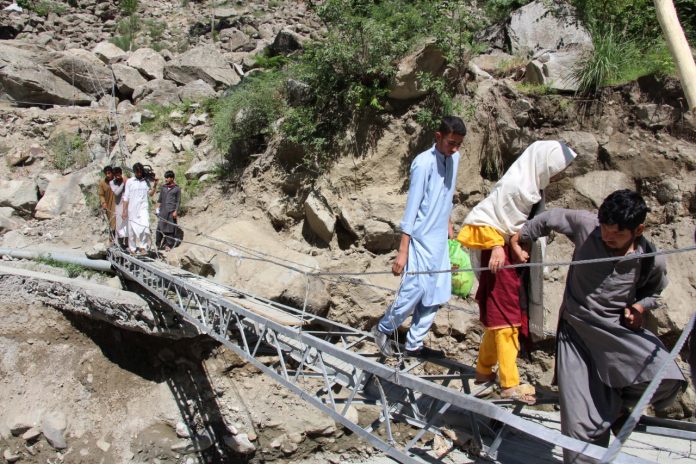 CHITRAL: The glacial lake burst in the picturesque Golain Gol valley of Chitral on July 7 had damaged the infrastructure badly and so far the damaged facilities have not been restored.

The road leading to the area and four bridges on the road were also washed away in the flood. The local people have placed big pipes and power pylons at the site of a damaged bridge to cross the river which is very dangerous. A big rope has also been fastened across the river so that the people could hold it while walking on the makeshift bridge. 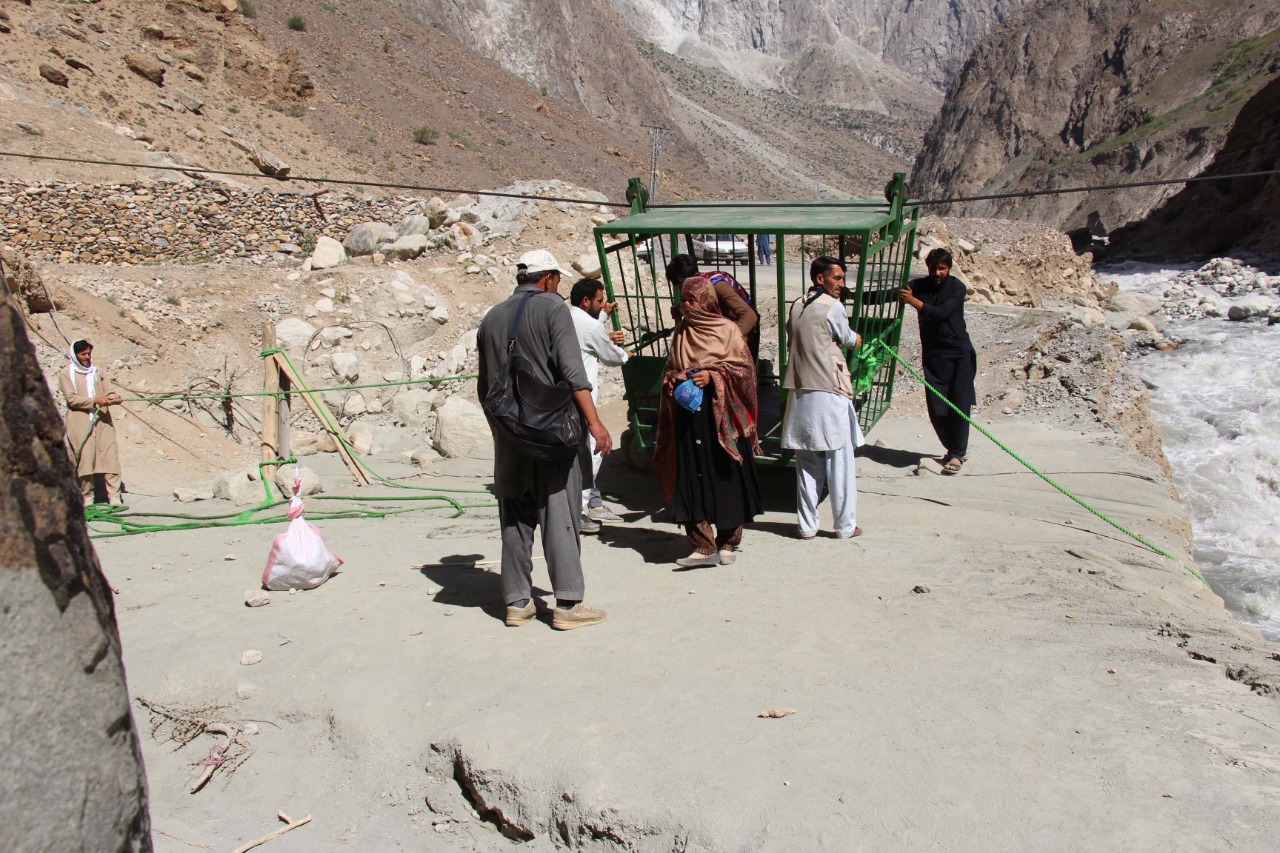 There are a lot of natural streams in the area from where clean drinking water facility was provided to the local people thorough pipelines. However, most of the pipelines were badly damaged in the flood and now water supply to residential areas is suspended.

The water pipeline project for Chitral city was completed with a cost of Rs360 million. Even at that time this correspondent had urged the need for construction of a protective wall with the water supply pipeline to protect it from natural calamities. An engineer of the Public Health Engineering Department had also written a letter to the concerned authorities about importance of the protective wall. However, the government did not take timely action and the pipeline was washed away in the flood. 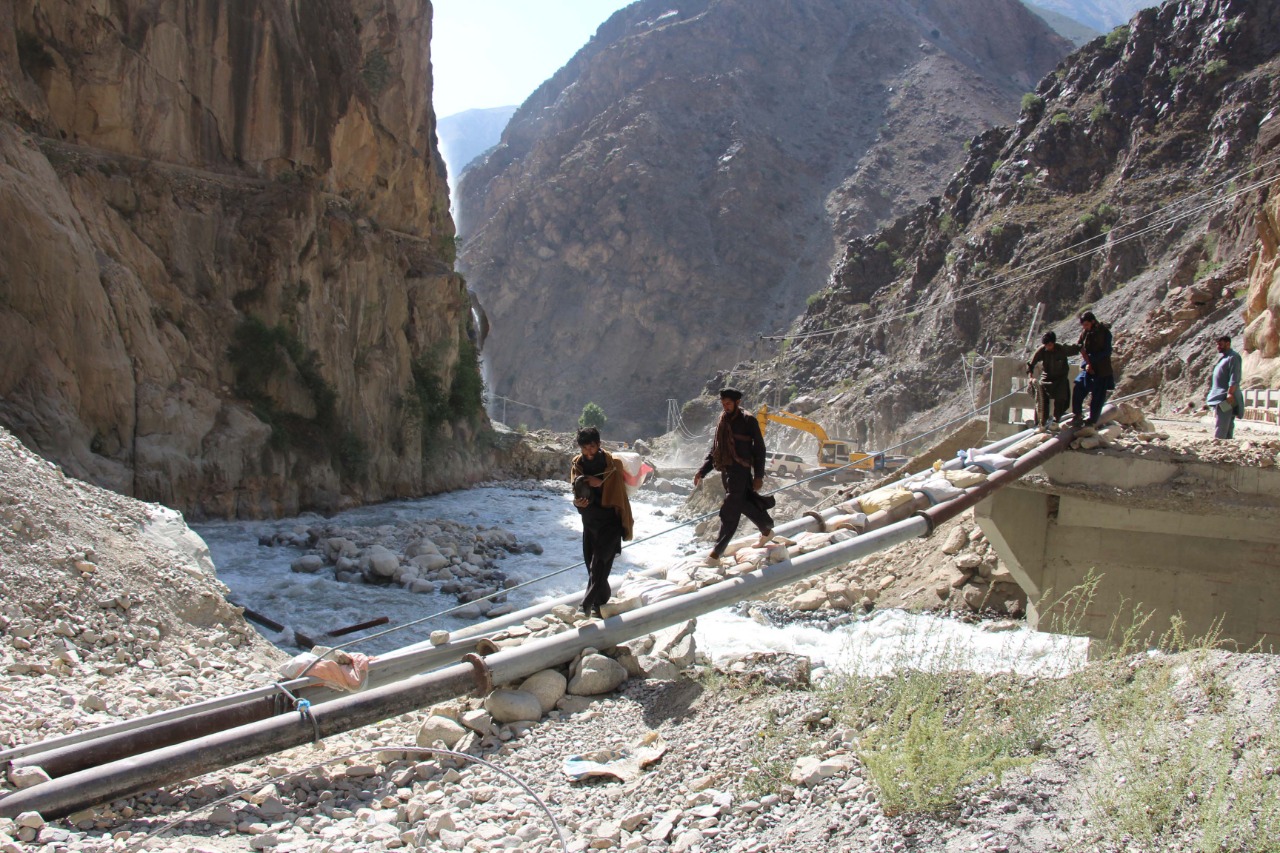 Public Health Executive Engineer Muhammad Yaqoob and contractor visited the site immediately to review chances of its repair. Muhammad Yaqoob said the pipeline is damaged badly and it will require huge funds for repair. He said his department has requested the contractor to repair the pipeline from his own pocket and payment will be made to him when funds will be available. He said he wants repair of the pipeline before Eid. The executive engineer said road has also been damaged badly and it is not possible to take machinery to the site.

The contractor said he has initiated work on repair of the pipeline from the very beginning keeping in view the difficulties of the people. He said work can be completed in short time if heavy machinery is shifted to the site.