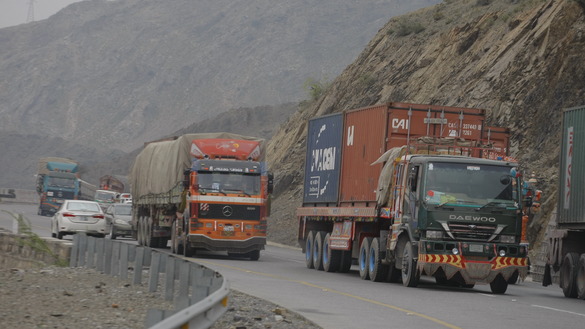 PARACHINAR: The traders community of Kurram tribal district has expressed concern over no clearance of the goods vehicles which are stranded at the Pak-Afghan border for the last one month.

The traders are facing mental agony and financial losses due to this situation. Trade union leader Zartaj Hussain said while addressing a press conference in Parachinar on Saturday that several vehicles loaded with goods are stranded on the border for the last many days. He said laws for clearance of the vehicles are being changed frequently due to which transporters and traders are having a difficult time. He said this situation is resulting into gradual reduction of trade activities in Kurram tribal district.

Zartaj Hussain said some drivers are on the wait at the border for the last one month and they have run out of money. He said the drivers even don’t have money to eat their meals and the situation is going from bad to worse.

The trade union leader demanded corps commander Peshawar, inspector general Frontier Corps, chief minister, commander 73 Brigade and other high-ups to resolve the issues faced by traders of Kurram who work at the Pak-Afghan border. He also demanded that Kharlachi border must also be made functional to facilitate the traders and other people.

A driver was killed and two other people were injured when two vehicles travelling to Afghanistan met an accident in Khyber tribal district on Saturday.

An Afghan refugee, Bilal, who was present in the mosque at the time of the accident, was injured as the wall fell on him. The Rescue 1122 and police teams reached the scene and shifted the injured to hospital. After hectic efforts of eight hours, the rescuers managed to retrieve the body of the deceased driver and injured cleaner from a crashed vehicle.