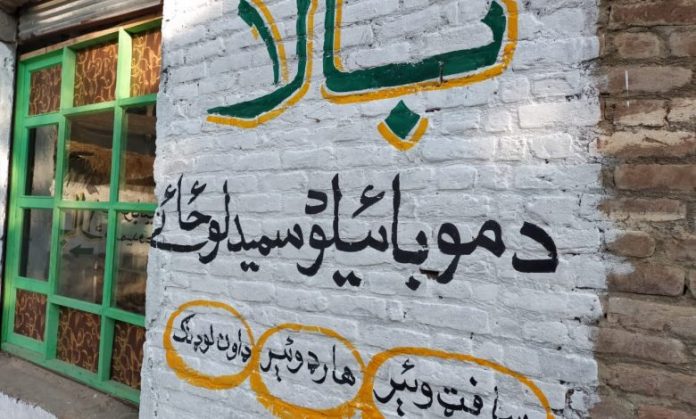 BUNER: We used to write the name of our gas agency in Urdu or English, but we got the real peace of mind when a signboard written in our mother language was installed on it.

This was stated by a shopkeeper, Habib in Buner, who has recently installed Pashto signboard on his shop. He appealed to other businessmen to also follow his example to keep the mother language alive and shift it to next generations.

In Buner, this campaign was launched by Elam Pashto Literary Karavan member Musa Salar, who along with his friends, is writing signboards of shops in Kangar Gali village in Pashto language. 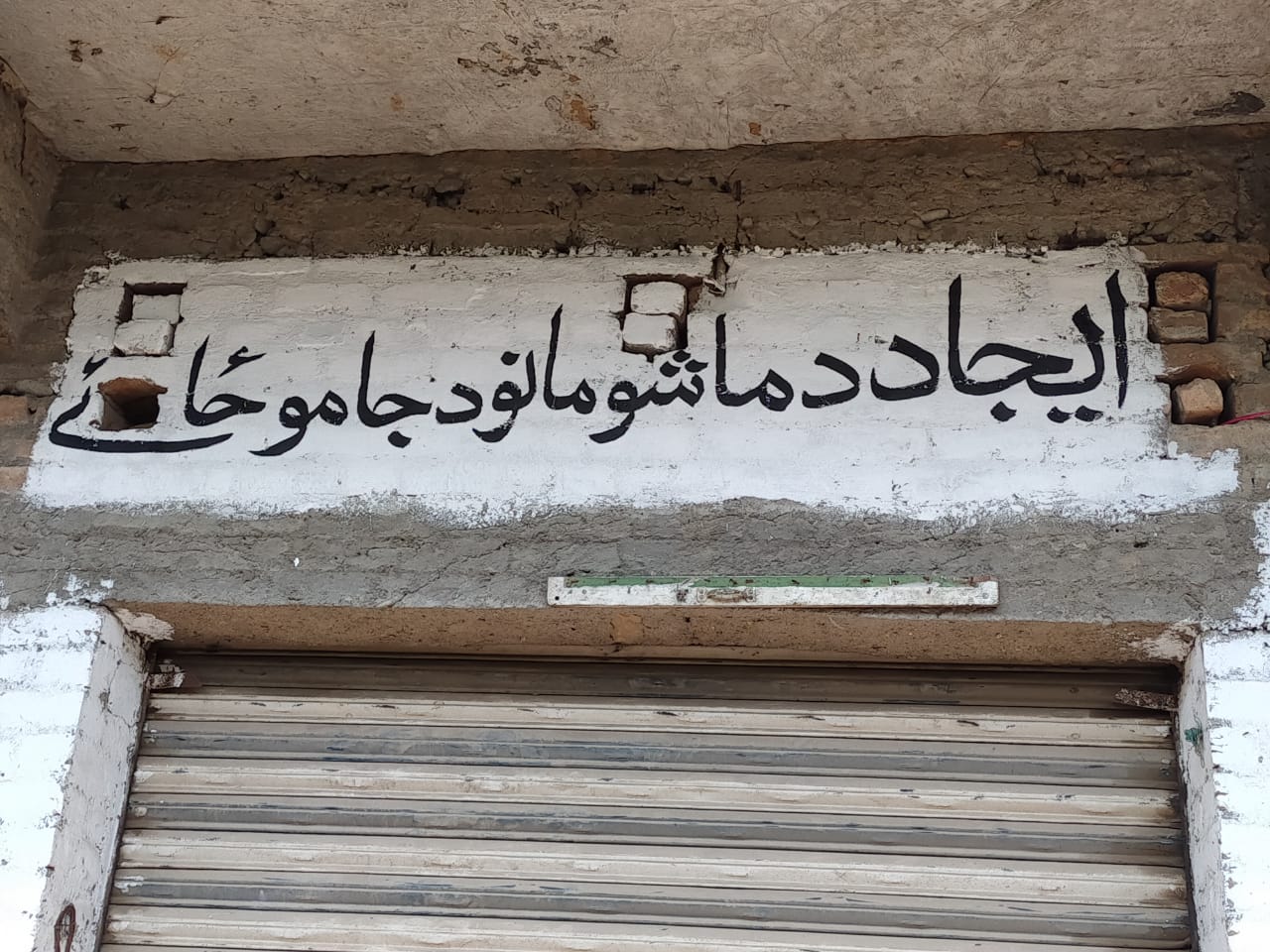 He said that four years ago the organisation members decided to launch campaign for converting all the signboards of shops to Pashto language, but could not get success initially. However, the campaign got boost few days ago when the names and signboards of shops in Bhai Killi were written in Pashto language which got a lot of attention on social media and mainstream media.

Musa Salar said his organisation called a meeting of traders and about 60 percent shopkeepers agreed to write Pashto language on their shops without any pre-condition. He said about 20 percent shopkeepers had some questions, as to whether this campaign is sponsored by any NGO or a political party, or whether it will benefit any individual or group.

“We assured all the traders that we are doing this for promoting our language. Only few traders did not cooperate on the argument that this is an area famous for tourism and Urdu and English signboards are required to make things easier for tourists,” he said.

Musa Salar complained that Culture Department of KP has no mechanism for helping in efforts made for promotion of Pashto literature.

Eminent literary figure Tahir Buneri said the members of Elam Pashto Literary Karavan deserve appreciation for their campaign to promote Pashto language. He said the Karavan has taken a bold step which is even not taken by huge organisations. He said this campaign must not stop now and it should be extended to other parts of Khyber Pakhtunkhwa.

Pashto Academy Director Nasrullah Jan Wazir said he fully supports such campaigns and will make efforts for involving Pashto Academy in these activities.