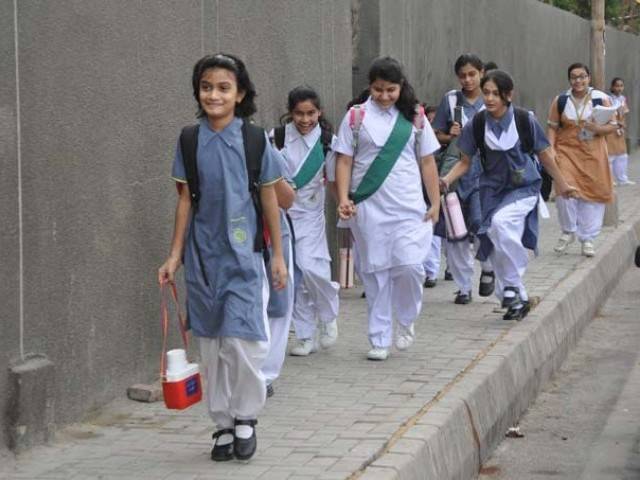 By Asif Javed and Iftikhar Khan

As the new academic session begins, owners and managements of almost all private educational institutions across the Khyber Pakhtunkhwa have increased their admission and tuition fees as per their own will. Unfortunately, the provincial government has miserably failed to keep a check on them. Parents complain that apart from the monthly tuition fees, the private schools charge them extra dues on one pretext or the other.

Sohail, who owns a private business in Peshawar, says that he is mulling to stop sending his children to school. Sohail has four children and all are studying in a private school. “I have been fed up with the ever increasing fee culture of the private educational institutions. In past, the private schools used to increase fees once a year, but now they are raising the fees after every six months,” he says.

“Apart from the monthly dues, the private schools are also charging promotion and security fees. The irony is that despite paying such huge fees, one has to keep a tutor for the children at home. Nobody is there to keep a check on them. Even our government is sleeping,” a furious Sohail remarks.

Sohail is not the only desperate parent who is complaining about the increasing fees of private educational institutions and the inefficiency of government. A group of lawyers has also moved a petition in the Peshawar High Court on April 19.

“I do not understand the logic behind the promotion fee. If a student is already enrolled in a school, then why he is charged on the pretext of annual promotion fee,” he questions.

“To me, the private educational institutions are money making machines. They are not serving the society but their greed,” he remarks.

“We have moved the petition in the best public interest. We have prayed to the court to annul the increase in students’ dues and direct the provincial government to do legislation and establish a proper institution to oversee the matter constantly,” he adds.

Unfortunately, there is no such institution in Khyber Pakhtunkhwa to regulate the affairs of private schools including the increase in dues, selection of particular syllabus, appointment criteria for teachers and other matters.

A journalist Haroon Khan, who has been closely monitoring and reporting on educational matters in Peshawar, says that there are plenty of reasons behind not establishing a regulatory authority.

“I would say the first reason is the non-seriousness of the government. Besides, the private schools’ owners have also been putting pressure on the government to abstain from establishing any regulatory body. But the main reason is that some of the provincial legislators are also running their schools networks and they do not want any such authority which can create hurdles for them in future,” Haroon tells TNN.

“Initially, these legislators tried to hinder legislation for a regulatory body. But now they are trying to set up a toothless body,” he adds.

Khyber Pakhtunkhwa Minister for Education, Muhammad Atif Khan has rejected such allegations. “There is no truth in the allegations that some of the members of the provincial legislature are creating hurdles in the establishment of a regulatory body. If that was so, then we would have been unable to prepare the draft as all the members of the house are the same,” he argues. 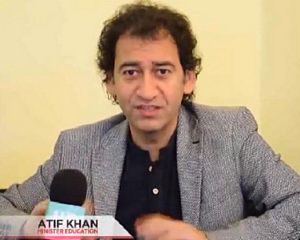 Atif Khan adds that the matter is delayed because the provincial government has been trying to address the reservations of parents and private schools’ owners on the legislation.

“I personally have held several meetings with parents and private schools’ owners and almost addressed their apprehensions. Hopefully, we will table the bill the assembly soon,” he informs.

On the other hand, the All-Pakistan Private Schools Management Association has casted reservations over the government’s move to establish a regulatory body.

Sarfraz Nawaz, the general secretary of All-Pakistan Private Schools Management Association, Khyber Pakhtunkhwa chapter, says that they have not been taking into confidence by the provincial government before finalizing the draft.

“Our objections are yet not addressed,” he says. “We were called for a meeting and briefed about the new law. The government should have provided the draft bill to us in advance so that we could thoroughly go through it and raise our objections, if any,” he says.

Commenting on the proposed law, Nawaz says that the government is not only taking the authority of fee fixation, but also the right to hire and fire teachers, which is not acceptable to them. 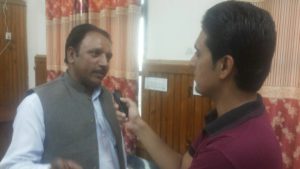 He further argues that when the government doesn’t provide any funding to the private schools, how it can take control of our institutions.

Former Chief Planning Officer Jamal-ud-Din, who has played a key role in formulating the draft law for the proposed regulatory body, says that the owners of private educational institutions have no right to raise any objection over the matter because majority of the members of the regulatory body will be from the private sector and the government will not be able to pressurize them.

“Out of the 11 or 13 members of the proposed regulatory body, four will be from the private schools. Similarly, there will also be representation of government officials and parents’ representatives,” he informs.

Former Chief Planning Officer, who has played a key role in formulating the draft law for the proposed regulatory body, says that the owners of private educational institutions have no right to raise any objection over the matter because majority of the members of the regulatory body will be from the private sector and the government will not be able to pressurize them.

Jamal-ud-Din further says that there will be no direct control of the government over the body, rather it will work in consultation.

About the role of the body, he informs that it will categorize private educational institutions and suggest different fees and taxes as per their category. The body will also oversee syllabus, qualification of teachers and their job security and other matters.

Journalist Haroon is apprehensive that if the regulatory body is influence by the private schools’ owners, there will be little relief for parents.

“The government says that the draft has been prepared after consultation with the owners of the private schools. It has also given greater representation to them. It is obvious that they will protect their interests,” he says.

According to statistics, about 7.2 million children between five to 16 years of age go to schools. Out of these, about 4.2 million children are enrolled in government schools, as per the information provided by the KP Education Department. 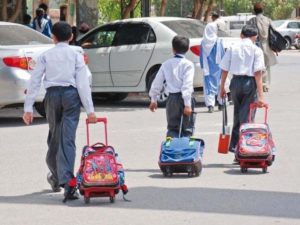 Similarly, Sarfraz Nawas claims that about 3.1 million children go to private schools. He says that private schools have been playing a great role in promoting education in the province, however, if the government continues to irritate the managements of the private educational institutions, it will ultimately affect their output.