Buner Gul didn’t know that his passport would make him ineligible for the financial assistance provided to vulnerable families by the government under its Ehsaas Emergency Cash Program during the first corona-triggered lockdown.

Aged beyond 50 years, Buner Gul’s health doesn’t allow him to do a laborious job, still, he works at a watermill in his hometown Mardan to feed his family. Sometimes back, Gul and his wife travelled to Saudi Arabia on their passports and performed Umrah. Though all of their travel expenses were financed by a well-off person from his native village, the issuance of his passport made his family ineligible for the cash grant.

Buner Gul tells TNN that his wife is sick and he has spent whatever he had on her treatment. “At the moment I do not have any other source of income except my labor job at this watermill. I had applied for the Ehsaas Emergency Cash Program but my application was turned down on the pretext that I have traveled abroad on an international passport,” he informs.

In April last, the federal government launched the Ehsaas Emergency Cash Program to provide relief to vulnerable families in the context of the economic hardship being experienced by them due to the coronavirus crises. The financial assistance under the program was meant to help them buy rations so that they may not face starvation. Under the Ehsaas Emergency Cash Program, a total ofRs203 billion were doled out among more than 15 million families as each deserving family was given Rs12,000. This includes at least 33.1 families from the Khyber Pakhtunkhwa.

Though appreciated by many, the Ehsaas Emergency Cash Program also received criticism for its faulty mechanism as hundreds of deserving households like Buner Gul, were unable to receive the cash assistance due to issuance of the passport to any family member. Apart from having a passport, a large number of deserving families were excluded from the list on other grounds.

Shagufta, a resident of Mardan says that her husband is working with a car dealer and getting a meager salary. “Our application was rejected on the ground that my husband owns a car,” she continues.

“The actual owner of the vehicle is the car dealer, the employer of my husband,” she explains and adds that neither she has any property nor any member of her family is in government service.

There are many other women who have expressed reservations over the mechanism adopted by the government for the disbursement of the cash grant. Rabia, another resident of the Mardan district tells TNN that her husband lost his job due to the Covid19 crisis and her family has no other source of income, still, she was told that her family is not eligible for the grant. Official sources confide to TNN that more than 16000 households have been excluded from the Ehsaas Emergency Cash Program on eligibility grounds.

Zia ur Rahman, a deputy director of the Ehsaas Emergency Cash Program in Khyber Pakhtunkhwa tells TNN that those poor and vulnerable families have been included in the program which have been affected by the coronavirus lockdown. “We have ensured that no government servant receives the cash grant,” he informs. “We have responded to all the families who had checked their status by sending SMS to 8171. The deserving families were selected after thorough investigations,” he adds.

He maintains that a new web portal has been set up for those who have been facing problems in biometric verification and the matter has been resolved. 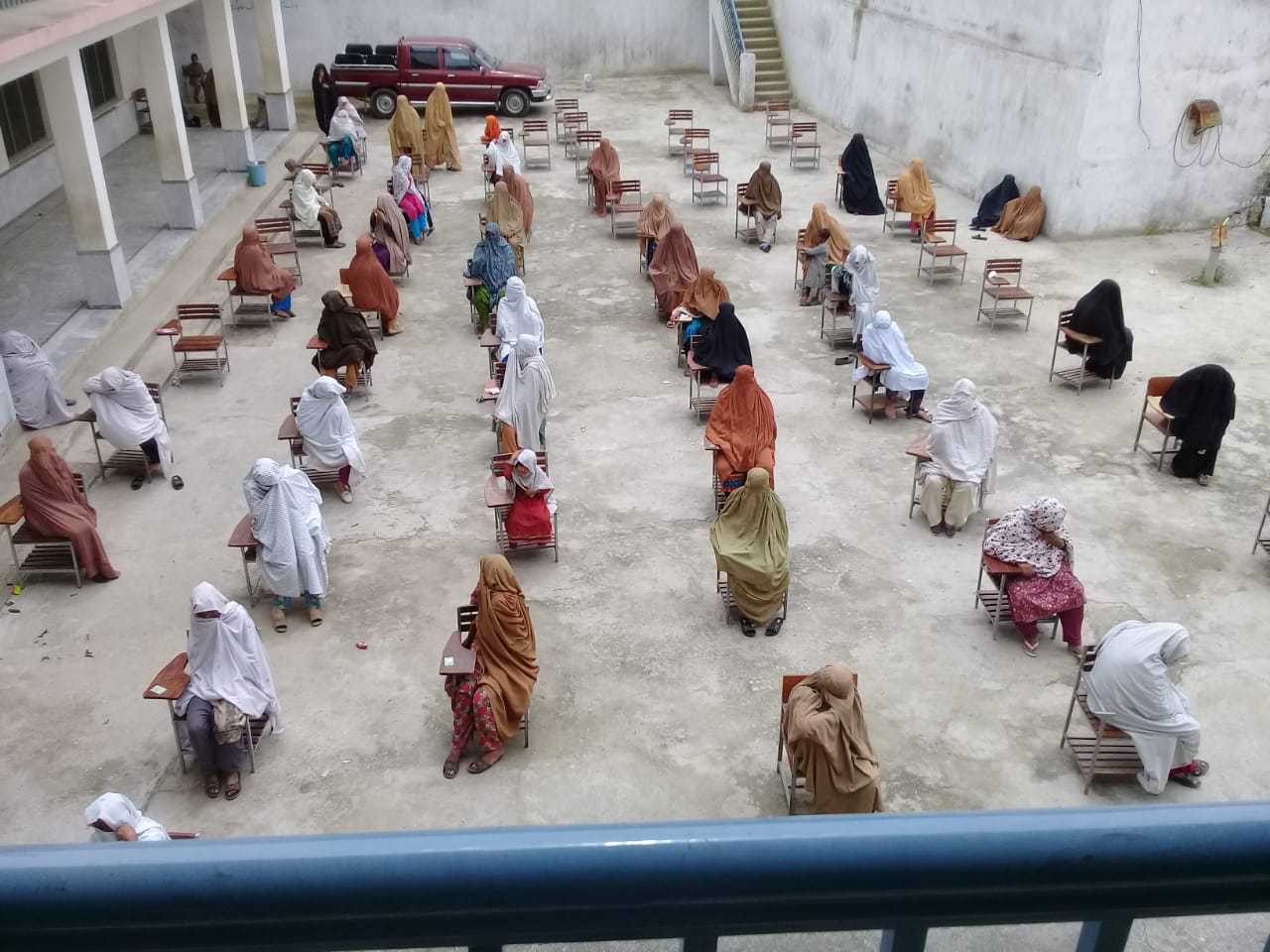 Apart from the fingerprints and biometric verification, people also face problems at the centers established for the distribution of cash grants. Azam Dawar, who hails from North Waziristan, says that only two centers were established in the entire district for cash distribution. He adds that there was no female staff at the distribution center for women due to which the tribal women faced problems. Dawar further says that the distribution points also lacked facilities such as clean drinking water and bathrooms for the public. He alleges that some of the staffers were also taking commission from the people.

Abdur Razzaq, who supervises the whole process in North Waziristan admits that due to insufficient staff, people faced problems at the cash distribution points. However, he says his staff left no stone unturned in facilitating the needy persons and providing cash to them in time. He adds that the unavailability of the internet in the tribal district also created problems for his staff members and the local people.

Another major problem that people faced at the distribution centers was the biometric verification of elderly people, Azam Dawar informs. “Majority of the people are poor and belong to the labor class. Their fingerprints had vanished due to their life-long labor work and they were not matching with the system due to which they faced problems in getting the money on time,” he explains.

As the unavailability of the internet was the major problem in North Waziristan, some social workers volunteered in collecting computerized national identity cards of the needy families so that maximum number of people avail the opportunity.

Musawir Dawar, a social worker says that when Prime Minister Imran Khan announced the program, he collected identity cards of his co-villagers and submitted online forms for them to make the process easy.

A large number of needy families who could not collect the cash assistance despite being vulnerable and poor requested the government to conduct a fresh poverty survey in the country so that the deserving and deprived families may get their due rights.