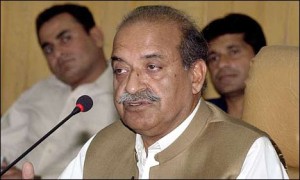 Talking to a tribal Jirga in a visit to Khyber Agency on 10 June, the governor said the militancy-affected areas would be brought on a par with developed areas.

He said that through these funds, a 90 kilometres road would be constructed to connect Tirah area with Bara, Orakzai Agency, and Sadda area of Kurram Agency.

He also said 200 youth of Tirah would be appointed in the Levies force and 100 turbans (privileges given to tribal elders) would be given to the local elders.

A NADRA office, for issuing national identity cards, would be established in Tirah and all private schools would be affiliated with the FATA Education Foundation, he said.