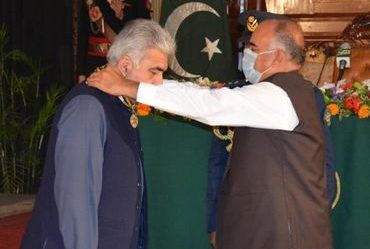 PESHAWAR: Khyber Pakhtunkhwa Governor Shah Farman on behalf of the President of Pakistan Dr Arif Alvi, Tuesday conferred civil awards to the 10 personalities of the province in recognition of their performance in different fields of activity at an investiture ceremony held at Governor House Peshawar on the eve of Pakistan Day.

Besides, Provincial Minister for Relief and Rehabilitation Muhammad Iqbal Wazir, parliamentarians from the province, senior officials, relatives and well-wishers of the recipients of the National Award attended the ceremony.

On the occasion, KP Governor Shah Farman congratulated the recipients of the National Awards.

Meanwhile, an investiture ceremony to confer civil awards on different personalities for their contributions in different fields was held at Aiwan-e-Sadr in Islamabad. 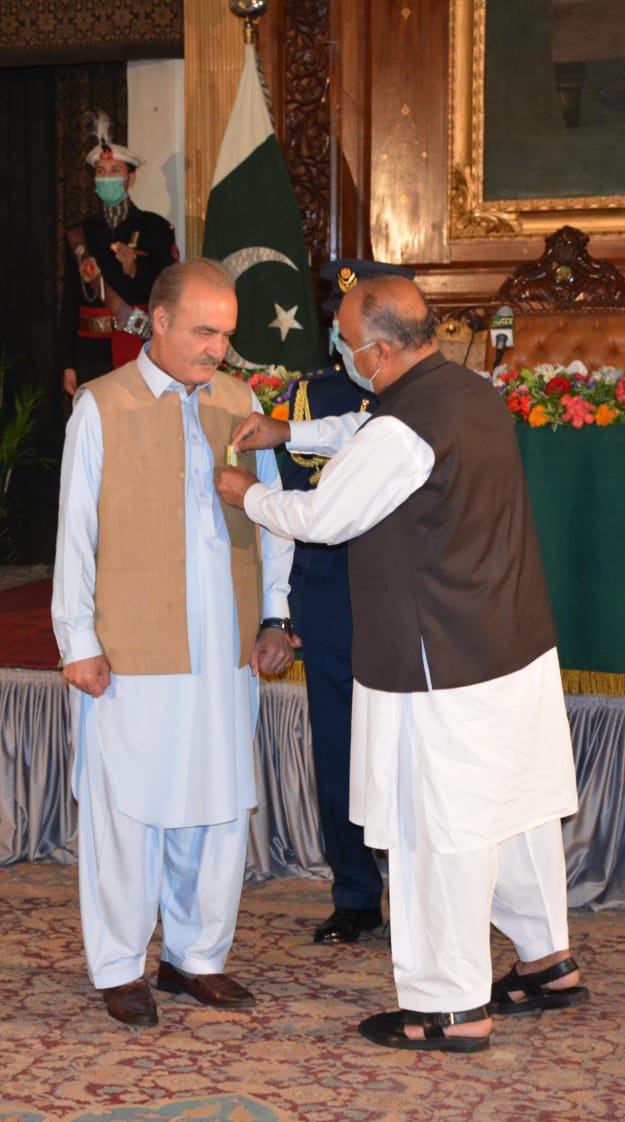 Zaiba Shehaz (acting) and Faisal Edhi (public service) were given award of Tamgha-e-Imtiaz.

Meanwhile, President Arif Alvi and the Prime Minister Imran Khan in their separate messages on the occasion of Pakistan Day urged the people to continue efforts to make the country truly democratic and welfare state.