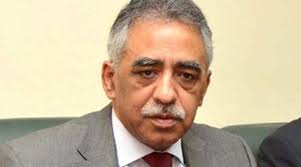 KARACHI: Sindh Governor Muhammad Zubair has sent his resignation to President of Pakistan Mamnoon Hussain for approval on Saturday.

PML-N leader Zubair was sworn in as the 32nd Governor of Sindh in February, 2017. He was sworn in after the shortest-serving Sindh governor retired justice Saeed-uz-Zaman Siddiqui passed away in January last year.

He also served as chairman of the Privatisation Commission before being appointed to the governor’s post. He is the brother of Pakistan Tehreek-i-Insaf leader Asad Umar.