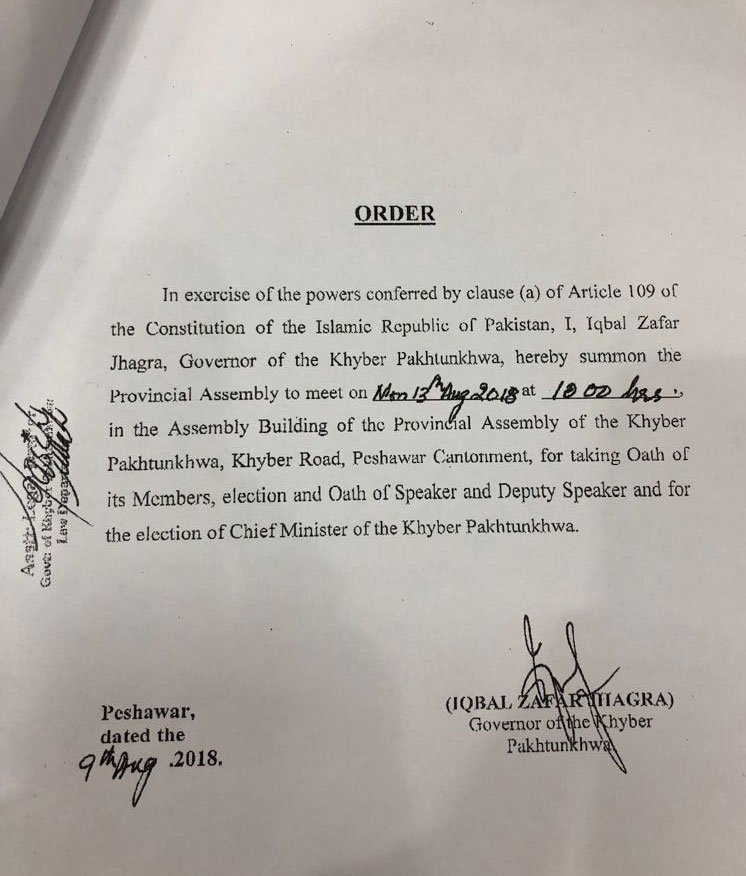 A notification issued here stated that the governor will administer oath to the newly-elected members.

The election and oath of Speaker and Deputy Speaker will also take place along with the election of the chief minister of the province in the session.

The session will begin at 10 AM and take place at the KP Assembly building. Pakistan Tehreek-e-Insaf has emerged the single largest party securing 2/3rd majority in recent elections held in K-P on July 25.

The party has nominated Mehmud Khan, a billionaire from Swat district who is backed by former chief minister Parvez Khattak against Atif Khan, former provincial minister for Education.