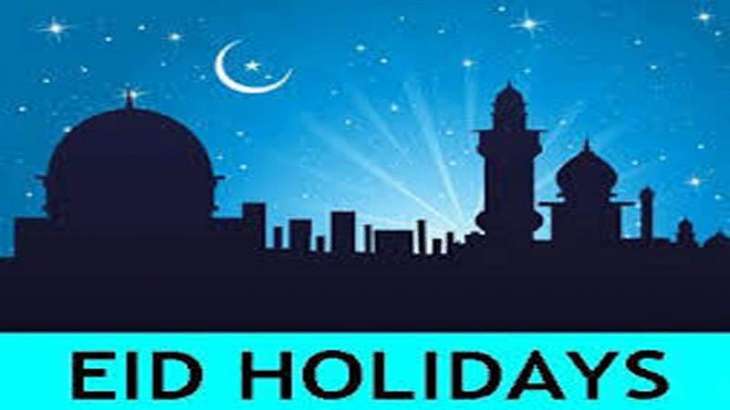 PESHAWAR: The federal government has announced three holidays for Eidul Azha which will be observed in Pakistan on 22 August.

The Eid holidays will start on 21 August and end on 23 August. “It is notified for general information that 21st to 23rd August 2018 (Tuesday to Thursday) shall be public holidays on the occasion of Religious Festival of Eidul Azha,” said a notification issued by the Ministry of Interior on Wednesday.

Muslims across the world celebrate Eidul Azha in remembrance of the willingness of Hazrat Ibrahim (AS) to sacrifice the life of his son for Almighty Allah. The Muslims sacrifice animals, distribute the meat among the poor and needy, and relatives, followed by festivities and greetings.

Eidul Azha in Saudi Arabia will be celebrated on 21 August.