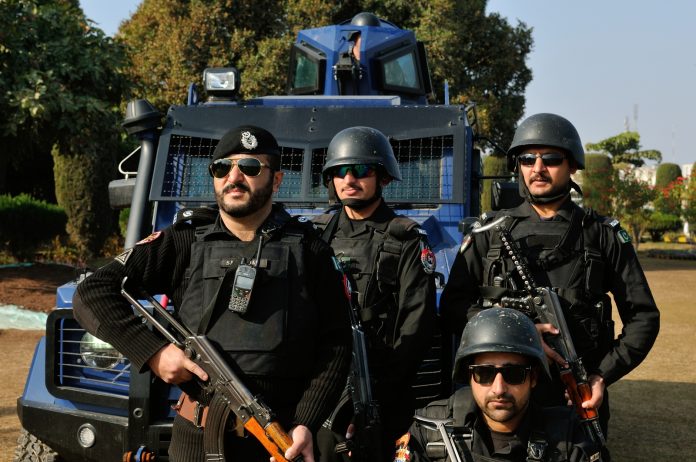 PESHAWAR: District Police Officers (DPOs) have been appointed for all tribal districts as part of the plan to extend police to the tribal belt. It would be interesting to see how they manage to enter their respective districts because police have been attacked by locals in Dara Adam Khel and Khasadars and Levies are protesting and warned that they will resist police deployment in the tribal districts.

The decision of appointment was made in the meeting of the Khyber Pakhtunkhwa Apex committee held in the chair of Governor Khyber Pakhtunkhwa Shah Farman here at Governor House. Chief Minister Khyber Pakhtunkhwa Mehmood Khan was also present in the meeting. After the Apex committee decision, The KP Inspector General of Police issued a notification of appointment of Pir Shahab Ali Shah as DPO Bajaur, Abdur Raheed as DPO Mohmand,  Muhammad Hussain as DPO Khyber, Salah Uddin as DPO Orakzai, Rahim Shah as DPO Kurram, Kifayat Ullah as DPO North Waziristan and Attaullah Wazir as DPO South Waziristan.

The Committee decided that the local systems and traditions shall be the deciding factor.  The committee also appreciated the services of Levies and Khasadar force and said that they’ve served the area and rendered huge sacrifices. A committee under Ajmal Khan Wazir, Advisor to the Chief Minister was formed to engage with the representatives of Levis and Khasadars and their demands under the ambit of law will be accepted.

The committee was informed that the recruitment process against the sanctioned vacant posts of Health department in tribal districts would be completed at earliest while the process of recruitments in the education department has been completed.

The forum also decided that the presence of teachers and Doctors in the government schools and hospitals would be ensured in the best public interest and those who fail to perform their duties would be dealt according to the law.

The Committee also discussed to provide a forum for alternative dispute resolution mechanism.  In order to provide an inexpensive forum various dimensions of ADR were discussed and it was decided that if need be new legislation will be brought to facilitate this mechanism.

A committee was formed in the meeting to look into location and land provision of other facilities for setting up the small industrial estate for hunting and sporting arms industries of Dara Adam Khel.