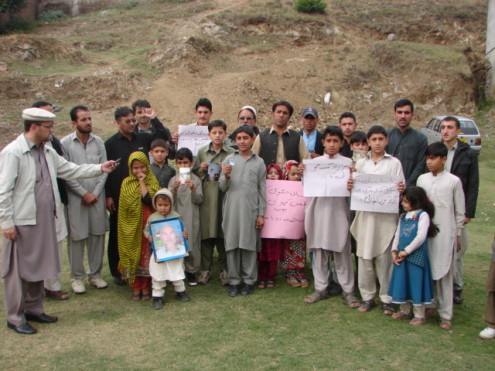 MINGORA, November 5: Members of 15 families in Swat district have appealed to the government and human rights organisations to make efforts for release of their relatives imprisoned in Israel.

At a rally on 4 November, relatives of the prisoners said a Pakistani ship that had set off from Argentine to Lebanon met an accident in the premises of Israel. As a result, 14 persons died and the other 10 travelers were handed over to Pakistan by Lebanese government.

The protestors claimed that another 16, travellers, including 15 residents of Swat, were taken into custody by the Israeli authorities.

They complained that the government did not take any kind of action for release of the captives.

“We don’t have any contact with them, nor do we know anything about them. There are no signs of happiness in our homes, we cry even on the Eid days. My brother was also there in the ship, we strived a lot for their bail but nobody really helped us out in this regard. He has four children, who ask me about their father each day I reach home. What should I tell them? The home is mournful all the time.”