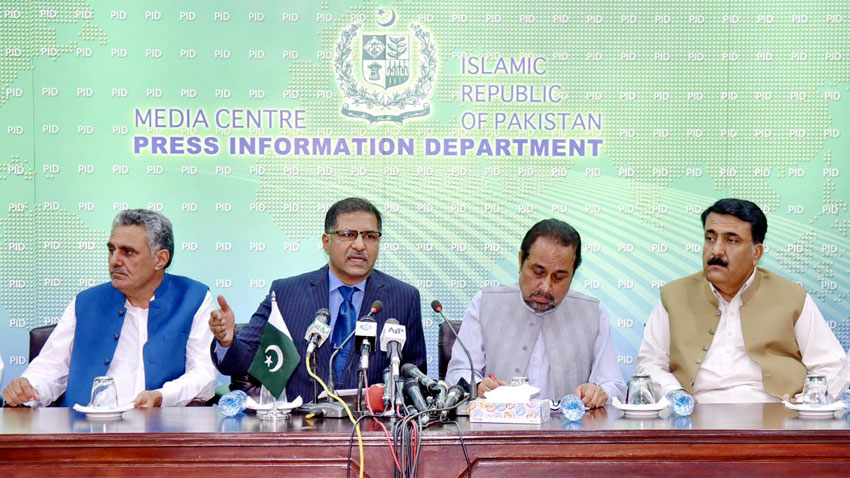 ISLAMABAD: Caretaker federal government has decided not to collect sales tax on electricity and manufacturing and income tax on profits in business from FATA and PATA areas.

This was stated by caretaker Minister for Information and Broadcasting Syed Ali Zafar while briefing media about decisions taken in the federal cabinet meeting held in Islamabad today, with Prime Minister Nasirul Mulk in the chair, Radio Pakistan reported.

The decision has been taken as part of implementation of tribal areas’ merger with Khyber Pakhtunkhwa.

Syed Ali Zafar, who heads Implementation Committee on FATA’s merger, said there will be no customs duty on non-duty paid vehicles for five years after their registration.

He said the government is committed to provide development funds pledged for FATA in view of its merger with the province in next ten years.

Syed Ali Zafar said the cabinet also decided to take political parties on board regarding issues in their ongoing electioneering.

He said policy decisions on measures to fulfill requirements of Financial Action Task Force were also taken in the meeting.

He said the Cabinet gave approval for holding trial of Nawaz Sharif and his family member in Al-Azizia and Flagship references in open court instead of conducting in jail.

Responding to a question, the Information Minister said both Radio Pakistan and PTV are giving equal time to political parties to present their agenda before masses.

He said the Senate Standing Committee on Information has also appreciated the impartiality being shown by the state media.

The minister said the caretaker government is working with full sincerity as per its constitutional mandate to assist Election Commission of Pakistan in smooth conduct of elections.