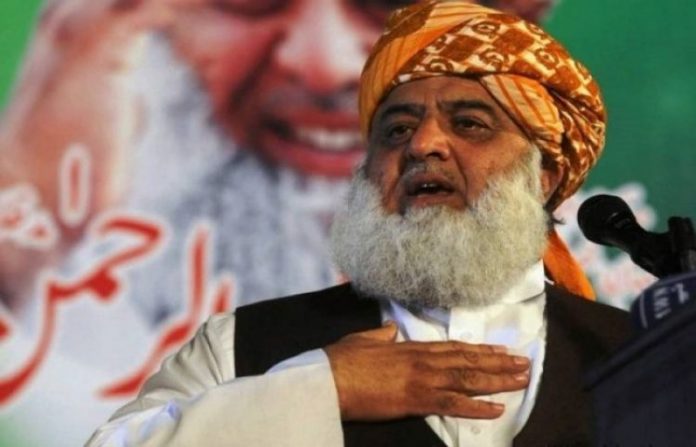 The JUI-F chief said the Sahiwal incident was a slap on the face of the rulers and exposed them. He said that Pakistan came into being in the name of Islam and nobody would be allowed to strip the country of its Islamic identity. He said the MMA is the biggest hurdle in the way of the PTI government which was bent upon bringing the foreign agenda. He said the MMA will never allow the PTI to pursue foreign interests in Pakistan.

Fazlur Rehman said that the people of the southern districts of Khyber Pakhtunkhwa supported the JUI-F in the general elections and rejected the PTI. He said the participation of a large number of people in the million march showed that the government had lost the trust of the masses and people want to get rid of them.

The Maulana alleged that the rulers were making efforts to recognise Israel. He said the religious parties will never allow betrayal to the ideology of Pakistan.

The JUI-F chief said the MMA will fully defend the 18th Amendment. He said the amendment guarantees provincial autonomy, but the PTI wants to disrupt the amendment which will harm the federation.

He said the rulers were damaging the country economically and ideologically that is why the countrymen were put under increasing debt burden. He said unprecedented inflation was witnessed in the initial five months of the PTI rule, which has made the lives of people difficult.

Fazlur Rehman said it is the first government which hasn’t mentioned Kashmir issue in its policy. He said the government is opening Kartarpur Corridor for Sikhs of India, but it is doing nothing for the people of Occupied Kashmir who are enduring Indian atrocities.