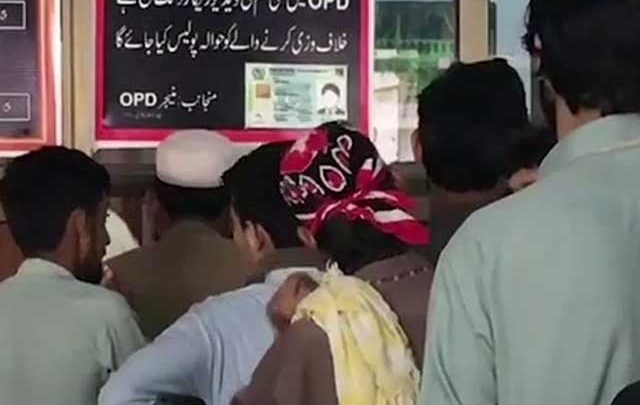 PESHAWAR: The out-patient departments (OPDs) of government hospitals in Khyber Pakhtunkhwa, which were closed for the last 47 days due to strike of doctors, opened on Tuesday after end of strike.

Patients were facing a lot of difficulties due to strike of doctors. A delegation of Grand Health Alliance (GHA) held a meeting with Khyber Pakhtunkhwa Chief Minister Mehmood Khan in Peshawar on Monday after which the doctors announced to end their strike.

After end of strike, all the departments in government hospitals opened and now a large number of patients are seen visiting the hospitals and getting treatment. Sources said the KP government has agreed to form a committee to look into the demands of doctors. Three members from the GHA, KP Minister for Law Sultan Muhammad Khan, Food Minister Qalandar Lodhi and Federal Energy Minister Umar Ayub Khan are included in the committee. The committee will present its report to the KP government for resolution of problems of doctors and other health staff within two months.

The chief minister said health officials should cooperate with the government for better medical facilities for the people of the province. He said that the problems of the health officials will be resolved as per the recommendations of the committee.

The doctors’ strike during the last 47 days caused a lot of sufferings for people. Those who could afford expensive treatment went to private clinics and hospitals, while those who couldn’t afford it had to content themselves without medical treatment.

Private clinics benefited a lot due to strike in government hospitals. The poor patients vent their anger both against the doctors and the government. Social circles have welcomed the end of strike, but they raised fingers at the performance of government and integrity of doctors in the whole episode. Most people believe that doctors should not have held strike, which caused innumerable sufferings for poor patients, and should have presented their demands in another way keeping the poor patients at safe distance. The government was also seen non-serious in resolving the issue for almost two months. The long standoff ended just with formation of a committee which could have been done much earlier.