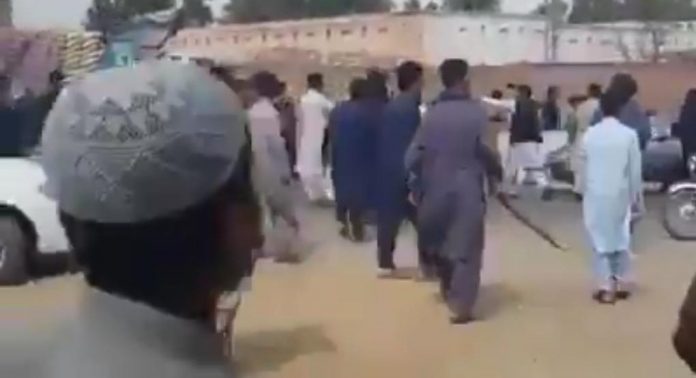 PESHAWAR: The Registrar of Peshawar High Court (PHC) has expressed anger over the protesting mob attack on a senior civil judge in Dara Adam Khel and asked the Khyber Pakhtunkhwa chief secretary to take strict against responsible persons.

The Register, Khawaja Wajih-Ud-Din asked the Khyber Pakhtunkhwa (KP) Government to ensure full security arrangments for the judges recently deployed at all the tribal districts in the ‘makeshift courts’ for the dispensation of justice.

Abdul Qayyum Siddiqui, a senior civil judge came under attack in Dara Adam Khel area on Wednesday, when he was on the way to perform his duty. The judge was recently deployed by the PHC of the dispensation of justice in the area after the tribal districts merger with the province.

The Register, Khawaja Wajih-Ud-Din has written a letter to the KP chief secretary asking for full proof security for the judges deployed in tribal districts. The registrar maintained that the senior civil judge has given prior notice to the deputy commissioner and assistant commissioner of his visit to Dara Adam Khel, but no proper steps were taken for to provide proper security. “It was due to lack of security arrangements that senior civil judge and his policemen can under attack,” the registrar alleged in his letter to the chief secretary. The registrar has expressed anger on the attack and alleged that “the KP government is not serious in providing security to the judges deployed in tribal districts and working without proper staff and incentives.”

The video of the attack on Police van giving security to judge went viral on social media on Wednesday, where the angry mob, who are against the merger of the tribal area with the province, attacked them with stones and sticks. Police van could be seen in the video making the escape from the area.

“The attack shows the magnanimity of the problem. The protesting mob attacked the police to resist their entry into the tribal districts,” said Iftikhar Firdous, a senior Journalist in Peshawar. “And the government is sending the same people to negotiate (with time).” Firdous was talking about the KP government teams, comprised of police officials and the district administration of each district, to negotiate and quell the unrest among Khasadar and levies men, who are in protesting a presented 22 point demand list. They have already announced that they will never allow the police entry into tribal districts until their demands are not resolved.