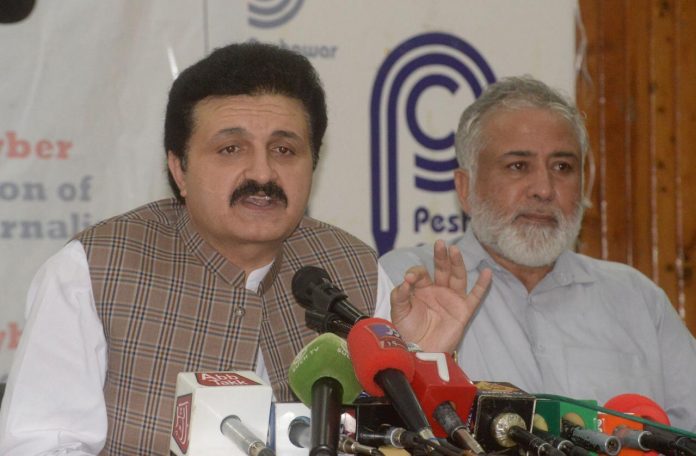 Peshawar: Adviser to Chief Minister on tribal districts Ajmal Wazir has said that the election under the PTI government will be transparent and the government will not interfere. Ajmal was addressing meet the press program of the Peshawar Press Club on Tuesday.

“There were some issues in North Waziristan but it has been controlled and now all the parties and independents have geared up their political activities,” said Ajmal.

The adviser said that it is the PTI vision to remove the 70 years old deprivation of tribal districts, therefore, all efforts will be made to ensure a free and fair election. He added that law and security situation has improved and conducive environment is available for all the political parties and independent candidates.

He added that it is a historic occasion when the election for KP assembly is going to held for the first time in tribal districts. He added that everyone will be provided level playing field to conduct their election campaign. “We will congratulate whoever wins elections and will work with them for the development of tribal belt.”

Ajmal Wazir said that Imran Khan was the first visit PM to visits every district of tribal belt and heard their issues. So far, maximum of meetings held in the Prime minster house were related to tribal districts.

“FATA secretariat was a symbol of statuesque that has been dissolved by the PTI government,” said Ajmal Wazir.  He alleged that earlier all the funds were spent through FATA secretariat where corrupt officials have embezzled it as there was not check over them.

Wazir added that local government election will be held in tribal districts of the province on time to transfer power and authority to tribal people.