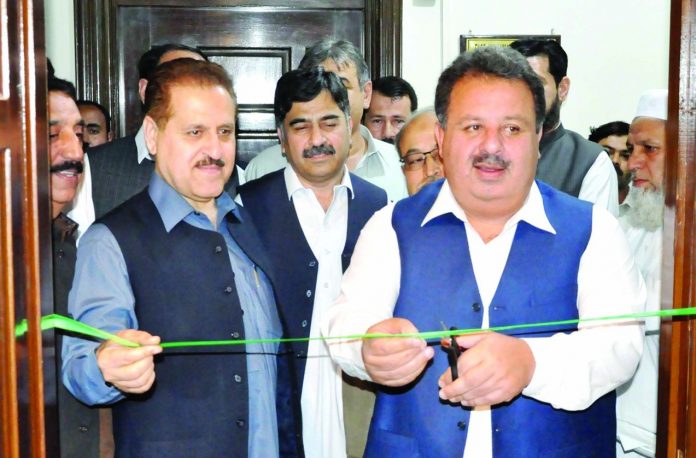 The inaugural ceremony of the system was held at Parachinar, where the first e-tender tender was issued by the minister. Chief Engineers of all the tribal districts and other senior officials were present at the occasion. The Minister congratulated the Communication and Works team, residents of tribal districts and contractors for the successful launching of e-bidding and e-tendering in the area.

The e-Tendering System (or Electronic Tendering System) facilitates the complete tendering process from the advertising of the requirement through to the placing of the contract. This includes the exchange of all relevant documents in electronic format.  Manual tender processes can be long and cumbersome, often taking months, which is costly for both the government as well as for those who apply for the tender.

The minister added that C&W is the only department which has e-tendering and e-bidding system which has been launched on the direction of Prime Minister of Pakistan Imran Khan and Chief Minister Mehmood Khan with the aim to ensure transparency in the tendering and bidding process.

The minister revealed that the government is working to extend this system to other provinces as well as other provincial departments. The Minister claimed that the C&W department has already initiated the e-billing system successfully and fruitful results have been achieved in the province.

However, despite the government claims and announcements, almost the entire tribal districts are still deprived of the internet facility. In such a situation, this system will create a further problem for tribal people. The minister has also added that for the better results of e-bidding and e-tendering, the fast internet services is necessary. He once against claimed that soon the internet services will be provided to all tribal districts.