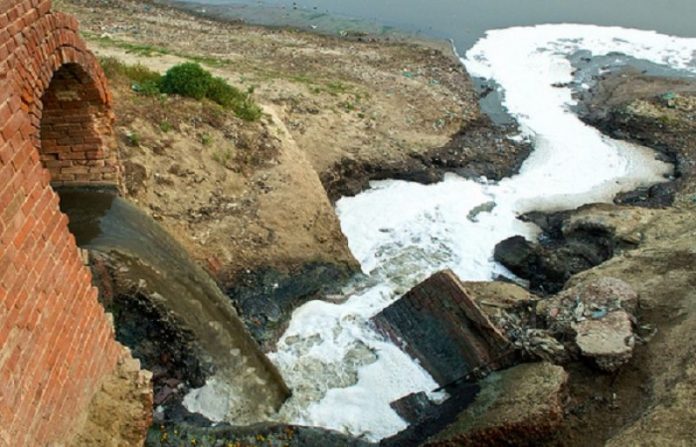 PESHAWAR: The Canal Task Force on Friday constituted four teams under the supervision of sub-divisional officers of the Irrigation Department to remove encroachment and divert sewerage lines that are polluting irrigation canals in Peshawar.

The teams were formed during the first meeting of Task Force where officials of WSSP Irrigation and Police Departments, PDA, District Government and TMAs were also present.

Chief Executive Officer WSSP Syed Zafar Ali Shah has been named as chairman while director PDA Imtiaz Saleem as deputy chairman of the Task Force. The teams have kicked off operation in Board Bazar where they removed encroachment and warned shopkeepers of crackdown for throwing waste in canals.

It was decided to implement the Peshawar High Court order in letter and spirit. In the first phase under a short-term strategy, the operation will be launched against commercial and large sewerage lines by targeting government departments first.

It was decided that hospitals would not be allowed to dump chemical waste openly and action would be taken against hospitals found guilty of throwing waste outside.

Members departments would set up a joint pool from available resources if needed. A committee comprising WSSP, PDA and TMAs officials was also constituted to check encroachment in Board Bazaar.

To control littering and dumping of waste on roads, in streets, drains, WSSP decided to get approval for the constitution of ‘Municipal Police Squad’ from the Board of Directors, which the officials hoped, will be launched soon.