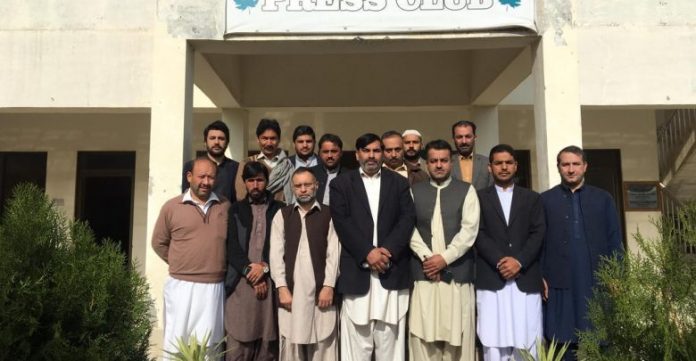 PARACHINAR: Deputy Director Information Ghulam Hussein Ghazi said that surveys have been launched to make press clubs more active in tribal districts of the province. He further informed that government to set up FM radio stations in all tribal districts, along with information centres to provide timely information and awareness to people in newly merged districts.

The deputy director furthered that steps are already underway to make existing radio stations more active to cater to the need of growing public needs of information and awareness programs. Talking to media representatives at Parachinar Press Club, Ghulam Hussain Ghazi said that a six-member team of provincial information department has visited the tribal districts to make the press clubs in these areas more active and to help journalists perform their professional duties in a better way.

“Measures will be taken to address all their issues, including setting up new press clubs’ buildings and the establishment of media colonies in addition to providing annual grants to journalists in tribal districts of the province,” said the deputy information director. He said that FM radio stations are being set up in all tribal districts, including Parachinar, where FM radio stations have not yet been established. He said that the areas where radio stations are available, it will be further strengthened to cater to the modern needs of the public.

On the occasion, Ali Afzal Afzal, Chairman of Press Club in Parachinar apprised the delegation about the difficulties faced by journalists of Kurram district. The journalists informed that they are performing their professional duties in a very difficult situation of tribal districts. They added journalists were also in the frontline during the war against sectarianism and militancy in the region.

Najaf Abbas and Dr Afaq Wazir assured the delegation of full cooperation in the establishment of radio stations and other projects and said that they would inform the delegation in a couple of days of necessary action in this regard.