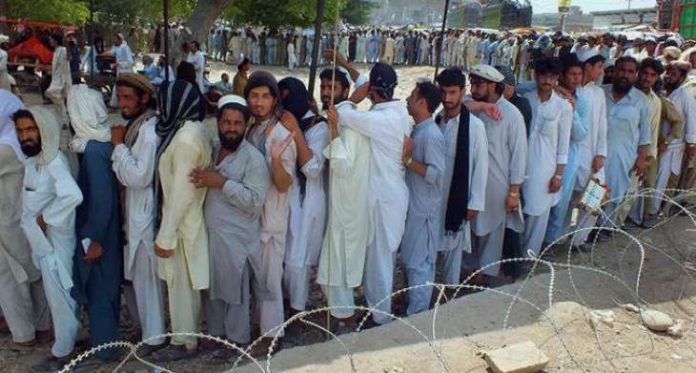 PESHAWAR: The Khyber Pakhtunkhwa Relief, Rehabilitation and Settlement department has released Rs 30.40 million for the reconstruction of the houses destroyed due to militancy in tribal districts of the province on Monday.

The fund has been released under the Citizen Losses Compensation Program (CLCP) for the current financial year and will be released for the districts of North Waziristan, Orakzai and Kurram Tribal districts. The provincial relief department officials have revealed that in Orakzai district, compensation distribution process has been started while in the other two districts, the process will start soon.

The department further provided that in South Waziristan, the compensation amount has been distributed among the owners of four thousand homes destroyed due to militancy.

Furthermore, the provincial relief department added, around 25,821 cases are under process and in advance stage of completion for which Rs 7,945 million would be required in the coming days.

The Khyber Pakhtunkhwa relief department has further provided till June, they are expecting the approval of Rs 6 billion worth projects for all the tribal districts of the province. The projects will include the construction of schools, hospitals, provision of clean drinking water and other projects.

As per the unofficial record, around 600 educational institutions, including three colleges, in the seven tribal districts of Khyber Pakhtunkhwa haven’t been functional for the last one decade either due to security concerns or displacement of local population. The statistics received from the Mehsud area of South Waziristan and Orakzai are very dismal as over 500 government schools and colleges have been declared non-functional there. The Directorate of Education, which oversees schools and colleges in tribal districts, has made makeshift arrangements with the support of donor agencies to organise classes for children in tents or hujras.

The KP relief department has requested the SAFRON division to release Rs 8 billion for CLCP and Rs 5.6 billion for reconstructions projects which have already been approved by the Federal cabinet.