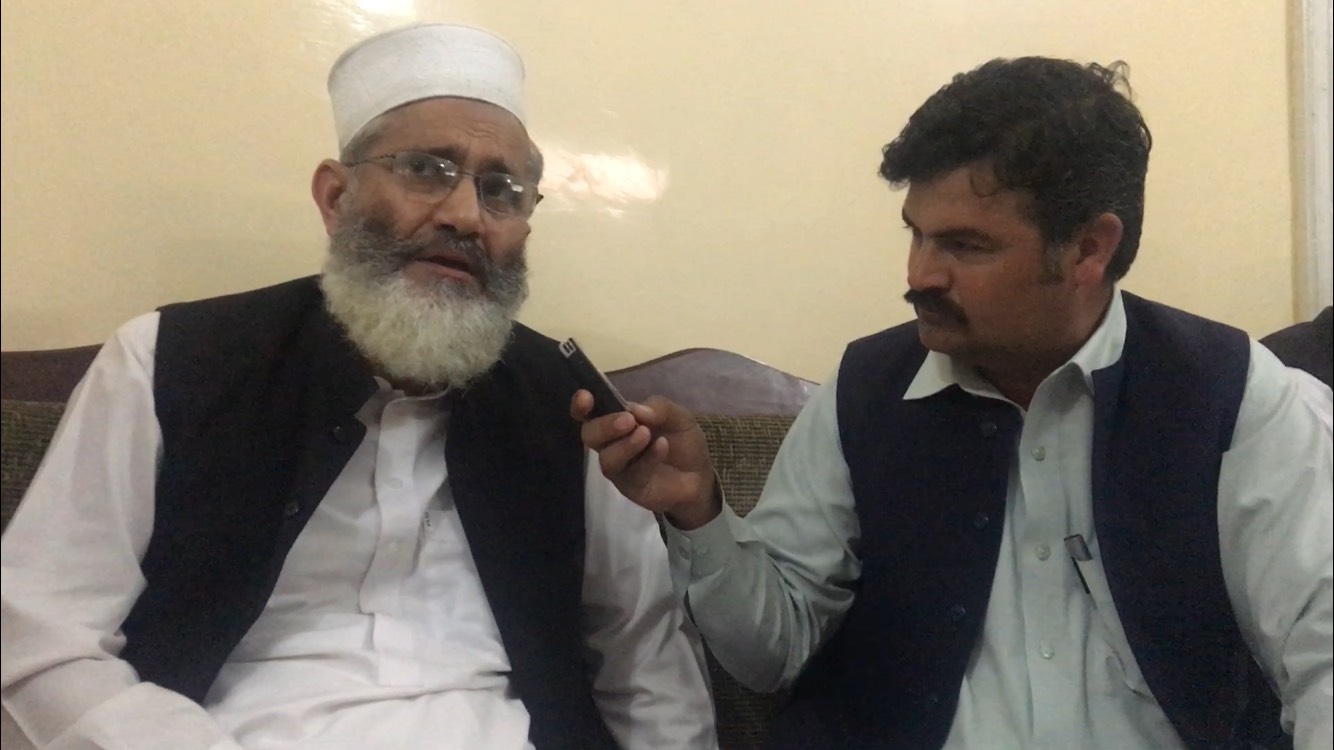 MARDAN: The chief of Jumaat-e-Islami Ameer Sirajul Haq stressed that federal government needs to share the 3% gross divisible pool allocated under the National Finance Commission (NFC) award for FATA as the region has constantly been denied its due share in National resources.

He maintained that federal government should plan to bring reforms for the economic development of tribal areas which is need of the time.

While speaking with the correspondent of Tribal News Network in Mardan, he also said that the federal government also needs to work on provision of employment to tribal people.

On question of abolishment of Frontier Crimes Regulations, Sirjul Haq said that the JI party has always supported the cause of scrapping of the infamous FCR from FATA.

“We still demand abolishment of FCR and the much trumpeted merger of FATA with Khyber Pakhtunkhwa hence FATA may be brought under the purview of the Constitution of Pakistan in the same manner as it applies to all Pakistan”, said Sirajul Haq.

“FCR is a major hurdle in the road of progress and development in tribal areas”, he said, adding that those who enacted the law admitted in the past that draconian law is not easy to get rid of as it was enacted by British colonialists more than centuries ago”, he added.

Siraj also welcomed the extension of courts jurisdiction to FATA and termed it as a ‘’big achievement’ of tribal people as they deserve equal rights as other people.

Talking about the basic issues faced by tribal people, he maintained that they are living under miserable circumstances without provision of clean water, health facilities and other basic necessities.

He also stated that if the government wants, Fata can be merged in KP in a couple of weeks but the process is deliberately being delayed by the federal government.

He also said that he is considering having a dialogue with leader of Jamiat Ulema Islam (F) Molana Fazalur Rehman regarding his opposition to FATA-KP merger.

It is pertinent to mention that JI and JUI-F are part of five religious parties’ alliance known as Mutahidda Majlis-e-Amal. However, countrary to JI, Moulana Fazalur Rehman led JUI-F is opposed to Fata merger with Khyber Pakhtunkhwa.