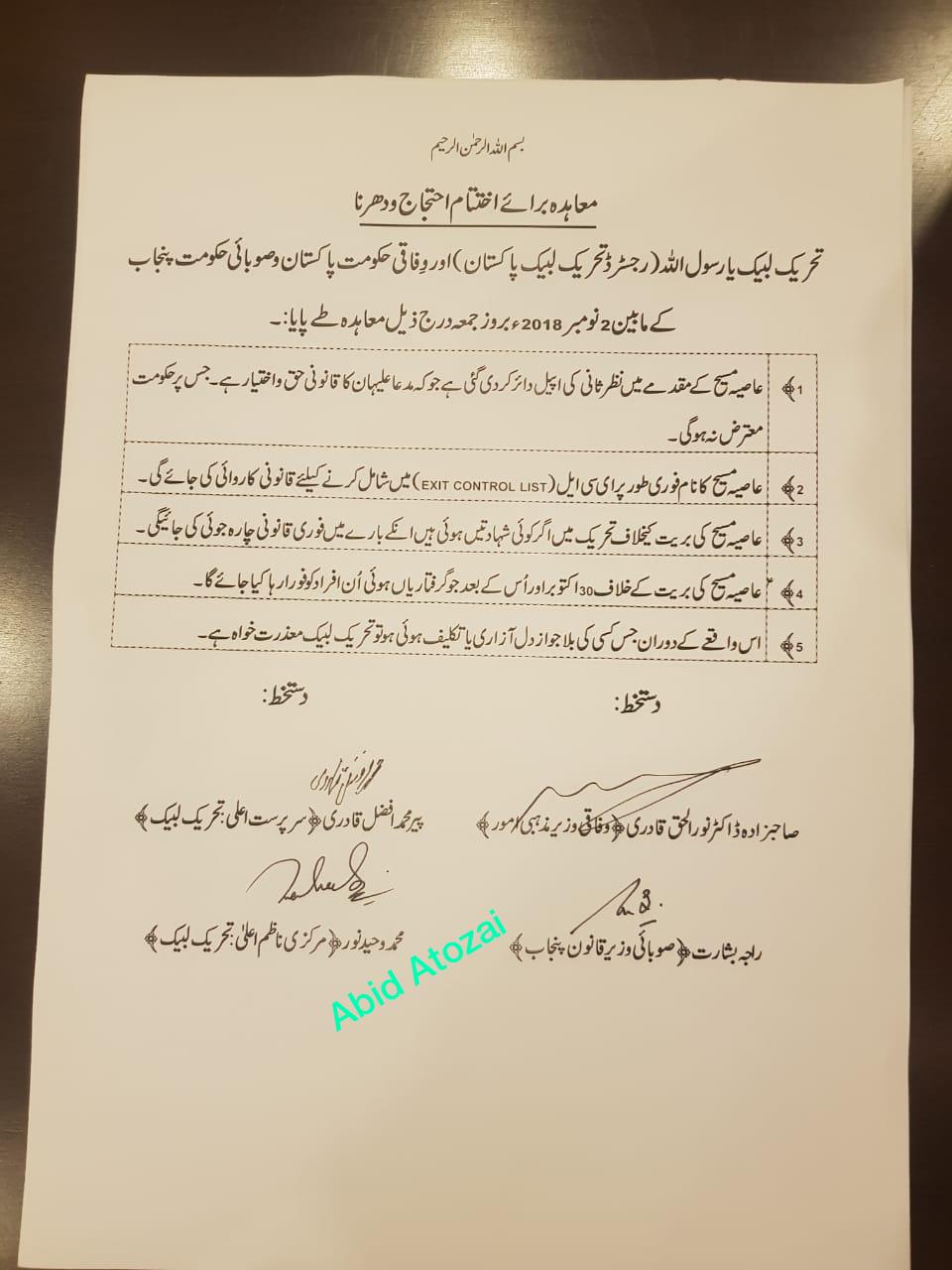 ISLAMABAD: The federal government and Tehreek-e-Labbaik Pakistan (TLP) reached an agreement to end countrywide protests over the acquittal of Asia Bibi.

The government has agreed that it will raise no objection to the review petition filed by the complainant over Asia Bibi’s acquittal, and that due process will be followed to bar her from leaving the country.

They agreed that a  review petition has been filed in the Asia Bibi case which is the right of the petitioners. The government will raise no objections over the review petition.

Moreover, due process will be followed immediately to include the name of Asia Bibi in the Exit Control List (ECL) and legal action will be taken over the martyrdom of any individuals during the protest campaign against the acquittal of Asia Bibi. Besides, those arrested on October 30 or afterwards in the protest campaign against Asia Bibi’s acquittal will be released immediately.

The TLP apologises to anybody whose sentiments have been unnecessarily hurt during the incident.