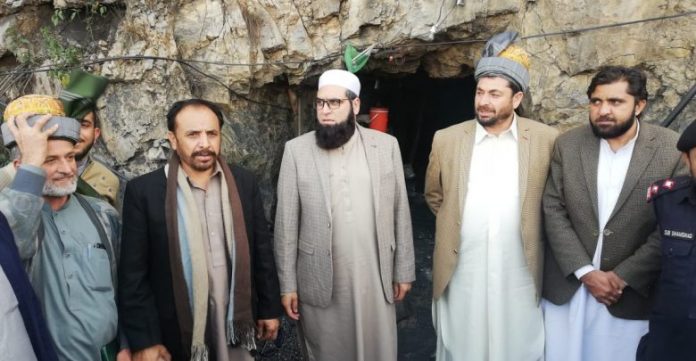 BARA: Khyber Pakhtunkhwa Minister for Mines andMinerals Dr Amjid Ali said that KP Minerals Governance Act 2017 would soon be extended to tribal areas. He said that tribal people would be given royalty of mines.

This he said while addressing a gathering of tribal elders in Bara tehsil of Khyber tribal district.

He said that the abolished Frontier Crimes Regulation was a black law that was repealed and added that Jirga system of resolving dispute would be restored.

The minister said that the federal government has approved Rs10 billion for provision of facilities to tribal areas.

He asked the tribal people to cooperate with his ministry as the revenue generated from mines and minerals in tribal areas would be spent on their welfare.

Talking about eradication of corruption, he said that the government has launched a concerted campaign against corruption.

He said that he would demand a good share of houses in PM five million houses project for tribal areas.

The minister also visited Kala Khel coal mines. Tribal areas have large number of mines and minerals reserves that remain untapped. After merger, the government is weighing options to explore and utilise the mines.